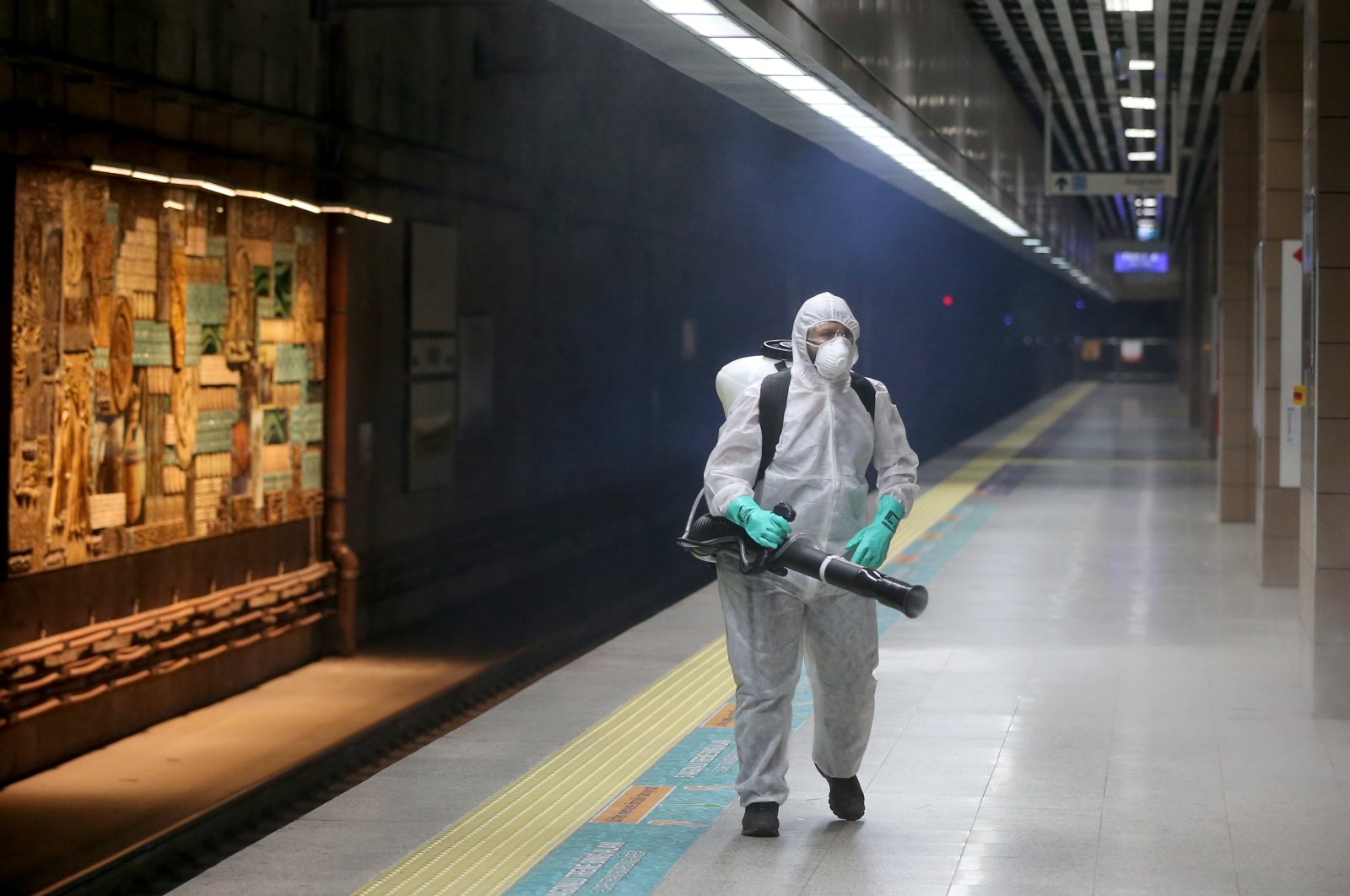 Turkey is currently among only a few countries in its region not to report any coronavirus cases, but it is on alert over possible infections. Disinfection efforts are in full swing across the country while President Recep Tayyip Erdoğan urged the public on Friday to limit kisses and hugs to avoid infection.

Turkey’s flagship carrier Turkish Airlines (THY) is looking to continue staving off the coronavirus threat which has led carriers across the world to cancel flights. THY Chairman İlker Aycı told reporters on Friday that they were working on different scenarios on how to handle the possible crises and reassured passengers on measures against the virus which keeps claiming lives around the world. Turkey did not report any case so far and remains one of the few in its region without a confirmed case of the infection. At a press conference in Istanbul, Aycı said THY is regularly disinfecting planes “based on efficient, scientific disinfection methods,” and disinfection covers both flights to Asia and 26 other countries viewed as posing risk in terms of the virus' spread.

THY’s flight network spans 127 countries, and Aycı said the airline was “faster” than many other aviation companies to develop a response against the virus threat. “This is a very effective virus, not only in terms of deaths but also for crippling immunity of carriers against such a crisis. We constantly work on new scenarios on how to handle it and update our measures regularly,” he said, pointing to cancellations of flights to China, Iran, Italy, South Korea, Iraq and Nakchivan.

Turkey has stepped up disinfection efforts since the outbreak started spreading across the globe. Mass transit vehicles are being disinfected all around the country. In Istanbul, the municipality decided to install hand sanitizers at stations of metrobuses, an exclusive-lane bus line straddling between the far corners of the city’s Asian and European sides. Sanitizers are being installed at 44 metrobus stops. The line carries thousands of passengers every day and is the most popular means of transit especially in rush hours.

The Ministry of National Education also announced on Friday that they were using special disinfectants to keep schools clean against the virus threat. Minister Ziya Selçuk tweeted that every surface open to contact at the schools are being sanitized, noting that vocational schools producing 100 tons of disinfectants daily supply the disinfectants for schools. Selçuk said teachers have already informed students on how to protect themselves from viruses and asked parents to repeatedly remind children of hygiene rules and keep them away from “closed, crowded areas.”

President Recep Tayyip Erdoğan, who spoke to those attending Friday prayers at an Istanbul mosque, called people to avoid close contact. “You know there is a coronavirus outbreak in the world. Let’s postpone hugging and kissing for a while,” he told the crowd after the prayers. Most countries advise their citizens not to kiss and hug or shake hands to protect themselves from coronavirus. Turkey, like Italy where authorities suggested limited kisses, hugs and handshakes, is a country of sociable people where hugs, kisses on cheeks and firm handshakes are favorite displays of affections even toward strangers.