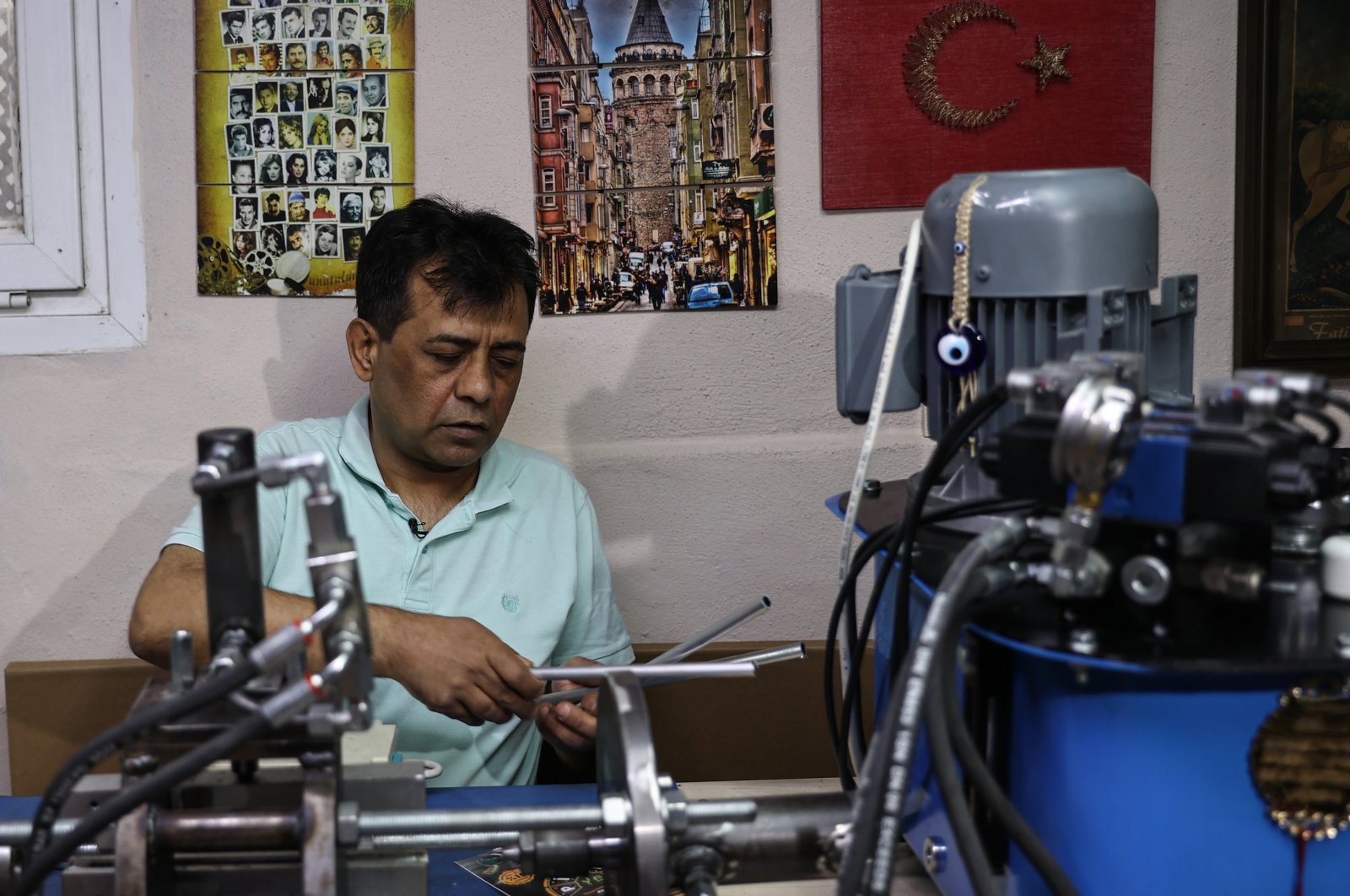 Ayhan Öztürk, a 48-year-old Turkish entrepreneur who is visually impaired, seeks to inspire and create employment opportunities for others with disabilities with his business acumen.

Öztürk, who lost his vision in his 20s, invented a smart white cane, named "Netgör," which translates to "See Clearly," that helps disabled people navigate society in a more independent, safe and comfortable way. The award-winning entrepreneur's next goal is to expand its production with export-oriented projects that employ those with disabilities.

In high school, Ayhan Öztürk was diagnosed with retinitis pigmentosa (RP), a rare genetic disorder that causes loss of vision, and he gradually lost his sight over the course of four years. After he completed his education Öztürk wanted to inspire the visually impaired and began creating products that cater to the blind at his workshop in Istanbul.

Öztürk told his story to Anadolu Agency (AA), "When my eyes gradually darkened over four years, I lost my ability to see. During this time, I inevitably experienced hard times. I thought that I was the only visually impaired person in the world. But after a period of time, I started to believe that education overcomes every obstacle. I received training in many areas such as mathematics, IT, writing and crafts at rehabilitation centers in Istanbul. And I saw a brand new world there."

Realizing that there are numerous technological deficiencies with standard white canes, Öztürk decided to produce white canes with local technological input, since the equipment from abroad is substantially expensive for the local visually impaired community in Turkey.

Öztürk, who adapted the white canes produced abroad for the Turkish market with his own design, said that the cane reduces the risk of accidents for visually impaired people.

"With the smart white cane, the visually impaired can comfortably walk along roads with yellow lines in the country with minimal error. I created my own design by making the cane with five pieces, which is normally four pieces. There is usually a rotating apparatus at the tip of the cane and this is an apparatus that has not been used before in Turkey. It existed in more technologically developed countries around the world. I designed this and introduced it to our country. In this way, users of the cane can easily walk on footpaths without yellow lines. The outer surface of our canes has a noticeable feature for day and night. This reduces the risk of accidents for visually impaired people."

Ayhan Öztürk, who was selected as the "Social Entrepreneur of the Year" at the Metro Social Entrepreneur Awards with his smart Netgör cane project, established a workshop in 2010 where he manufactures the Netgör and has been providing canes with advanced technology to visually impaired people ever since.

Öztürk, who is currently only working with two staff members in his workshop because of COVID-19, wants to employ people with disabilities in the future.

"We have export-oriented projects in the pipeline. When the effects of the pandemic are over, we will bring a new sector to our country. Due to the pandemic, we can only work with two personnel in our workshop, which we have grown gradually. It is my biggest dream to be able to open the doors of our workshop to disabled people and to create job opportunities for them."