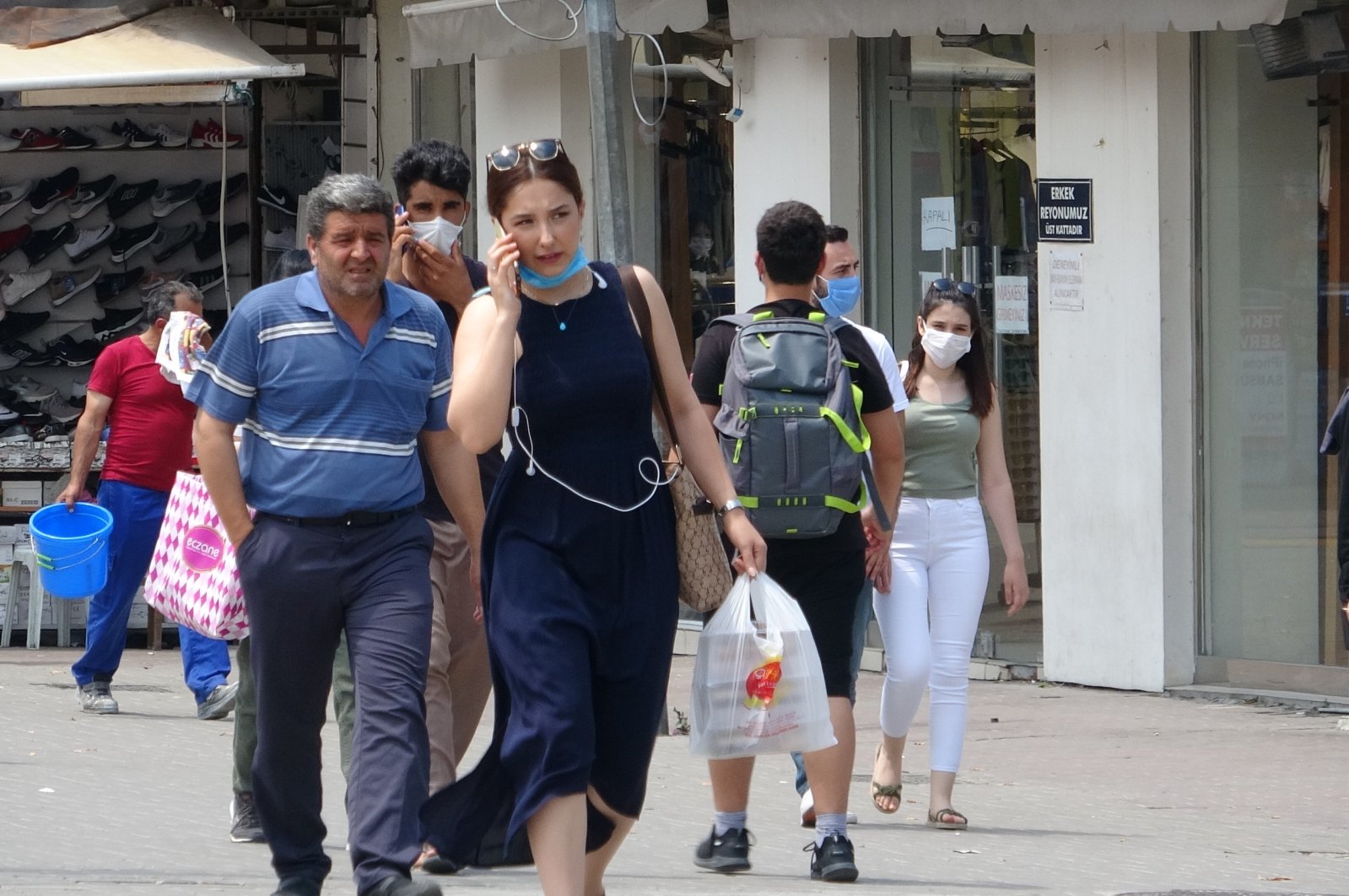 Health Minister Fahrettin Koca warned that Istanbul, the capital Ankara and five other cities saw a recent rise in daily COVID-19 cases and called on people to comply with preventative measures

Turkey's coronavirus death toll rose by 19 to 5,225 in the past 24 hours, Health Minister Fahrettin Koca said in a statement late Sunday, urging strict compliance with hygiene and social distancing guidelines.

The country's daily new cases stood at 1,148, while almost 1,200 people recovered in the last 24 hours, according to figures shared by the minister on Twitter.

Koca especially warned residents of cities with the biggest rises in infections, including Istanbul and the capital Ankara, the northwestern city of Bursa, the central city of Konya, and the southern and southeastern cities of Gaziantep, Diyarbakır and Mardin.

Overall recoveries from the virus climbed to 180,680 out of the 205,758 total cases, he said, which means that there are currently fewer than 20,000 active cases in the country. The overall count of COVID-19 tests rose to 3.63 million with over 46,400 new tests conducted over the 24 hours leading into Sunday evening.

Careless citizens are the most important factor in the rise in cases as Turkey struggles to keep daily cases under 1,000, to no avail. People ditching masks in crowded parks and promenades and reckless wedding guests dancing dangerously close despite warnings of social distancing are all too common nowadays. Police stepped up patrols to handle those violating measures, while the government started actively enforcing fines for people not wearing masks but not a day passes without a story of people throwing street parties or convening for a funeral without complying with rules against the outbreak.

Gaziantep Governor Davut Gül on Monday acknowledged the city becoming a hot spot for new cases and said two-thirds of cases are in Şahinbey district. “But we should take measures rather than looking for culprits,” he said at a meeting with the heads of villages and neighborhoods in the city. The governorate has delivered 1.6 million masks to residents since March when the first cases were reported in Turkey, but Gaziantep is still among the cities with a high number of cases. “Even if we manage to reduce the number of cases to one, we are not safe. People here thought that with the normalization process elsewhere and with a reduction in the number of cases, they were safe. They relaxed their own measures. This is a struggle that public agencies alone cannot be successful. Everybody should have self-discipline and comply with recommendations for preventing infections. We have to view everyone else as a potential carrier of the virus, a COVID-19 patient,” he said.

Though scenes of people ignoring COVID-19 rules are common, a survey shows that fear of the deadly outbreak is still there. Interviewed for a survey between June 29 and July 2 by NG Research polling company, four out of five among the 2,025 people from 81 provinces surveyed said they are still afraid of the pandemic. Nine out of 10 interviewees see the virus as a threat to Turkey. More than half of the interviewees believe that it would take at least six months for Turkey to overcome the pandemic. The majority found measures not sufficient after the normalization process started.

Another finding of the survey, which is a follow-up to two other surveys on the pandemic by NG Research, was a decrease in the number of people staying home. After weekend curfews were lifted, the rate of people staying home all the time dropped to 5% from 25%. In the previous survey conducted in April, 83% of interviewees supported the curfews, but this number dropped to 43% after the curfews were lifted. Yet, seven out of 10 people support the idea of a curfew during the upcoming Qurban Bayram, also known as Eid al-Adha, a Muslim holiday during which people visit relatives or gather to sacrifice animals.