‘We are safer in Turkey,’ citizens evacuated from pandemic-hit US say 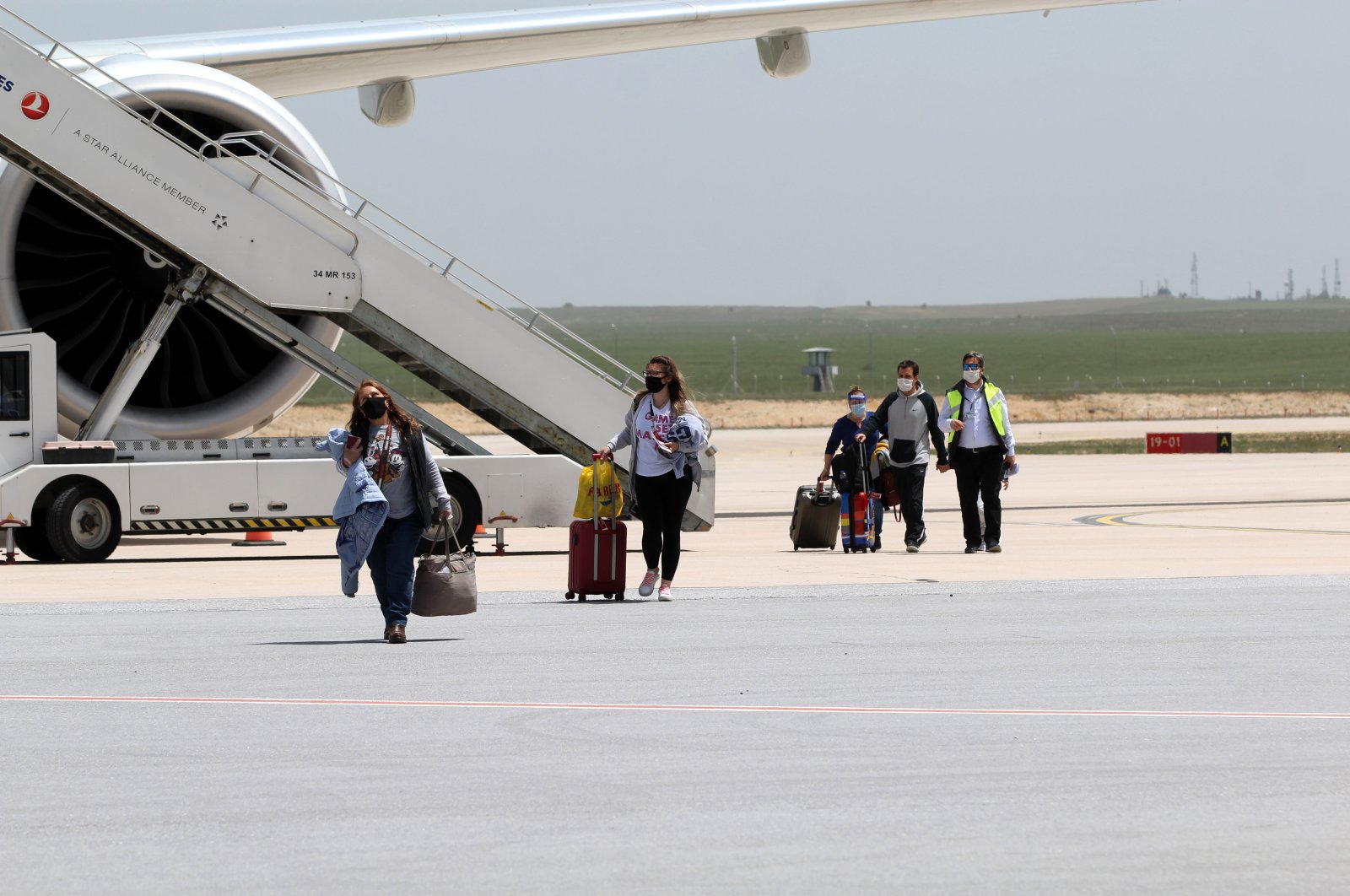 Evacuated from Miami to a modest dormitory in the Anatolian heartland, Turkish citizens who had been living in the U.S. say Turkey is much safer during the COVID-19 pandemic due to its free and effective health care system

Some 305 Turks who were brought to Turkey on a special flight from the United States earlier this week hail the care they have received in their homeland amid the COVID-19 outbreak.

Funda Can, one of the evacuees brought from Miami to Sivas in central Turkey, says she feared “dying” back in the U.S. “They could have not admitted me into a hospital. Even if they did, I wouldn’t be able to afford hospital bills. May God bless the Turkish state,” she told the Sabah newspaper.

Can and others are being accommodated at a student dormitory, one of many across Turkey which emptied after universities were closed and now are used to host evacuees from abroad.

“We have been through dark days (in the U.S.). I am grateful to my country,” said Didem Çetin, another returnee from Miami.

Returnees will spend their next 14 days in quarantine at the dormitory to which they were admitted after undergoing medical checks. Happy to return their home country, they also heaped praise on Turkey's health care system for rising to the occasion during the COVID-19 pandemic.

Can, who will spend her days in quarantine with her dog she brought from the U.S., has been a Miami resident for the past five years. A nanny, Can found herself jobless “when everything came to a halt two months ago.”

“There was a lockdown and I was unemployed. I was always anxious. I was away from my country and always had questions in my mind, if I’d be cared for in the United States if I am infected,” she said.

The U.S. has become the epicenter of the pandemic with over 1.5 million cases and over 90,000 deaths. Its health care system has also faced an unprecedented challenge in dealing with the barrage of cases. President Donald Trump has faulted the states for not better preparing for the pandemic and has said they should only be relying on the federal stockpile as a last resort. Meanwhile, health care workers have taken to social media to publicize shortages in medical supplies.

Can, who watched Turkey’s response to the pandemic while she was in the U.S., says she admired how Turkey controlled the outbreak. The distribution of free masks, for instance, is worthy of appreciation, she said. “You cannot find masks for sale, let alone free masks in Miami. It is impossible to find disinfectants or toilet paper too. I found only a few masks, and they were on sale in a Turkish-run grocery store,” Can said.

When her worries piled up, she contacted the Turkish consulate which rapidly arranged a flight for her and others. “I thought they would not let Zeus aboard but they did. I am very happy,” she said, referring to her dog.

Naz Yaşar, a Miami resident for the past two years, found her health insurance canceled when the university she was attending closed due to the pandemic. “I wasn’t worried about being infected but rather, being infected while in the United States. They can’t even help their own citizens, let alone foreigners like us. I thought I won’t have access to health care if I got sick. You have to pay a high hospital bill, and I heard it amounted up to $30,000,” she said. Yaşar called the consulate and asked for help to return to Turkey, which closed its airspace after the pandemic spread in March. One week later, she was in Turkey. “I feel safe here. I am very happy,” she said.

Ayhan Güven, who runs a transportation business in Miami, was also hit by the impact of the pandemic on the economy. “U.S. health care is already in a bad state, and it worsened during the pandemic. You only matter if you have money, and you are nothing if you don’t, in their health care system. I admired Turkey’s determined stance to bring all its citizens from abroad and I wanted to return. You can feel how cautious Turkey is. We were given masks as soon as we landed here. Back in the United States, you cannot find even one,” Güven said. “Turkey is really the world's No. 1 in managing this process,” he added.

At least 9,700 Turkish citizens are in quarantine as part of measures to curb the spread of coronavirus, the youth and sports minister said Wednesday.

Citizens are in isolation at dormitories across 76 provinces, Mehmet Kasapoğlu said in a statement.

Meanwhile, 67,547 citizens have so far been released from quarantine after completing the mandatory 14-day period, he added.

"With the instructions from our President (Recep Tayyip Erdoğan), we are hosting our guests from all corners of the world in our dormitories," Kasapoğlu said.

Within the last 24 hours, he said, at least 422 Turkish citizens have been placed in the dormitories and will complete the compulsory 14-day quarantine. The minister also said that books, toys and sports equipment are distributed to those quarantined to prevent any possible adverse psychological effects.

The Health Ministry announced Wednesday that the practice of a 14-day mandatory quarantine for those returning from abroad in dormitories will end and instead, returnees will be monitored in their homes. After medical examination at airports, they will be instructed to isolate themselves at home. Those currently under quarantine in dormitories will also be allowed to spend quarantine at home after a coronavirus test in the dormitory. The country plans to evacuate all dormitories by next week.

Doctors at neighborhood clinics all across the country will be tasked with monitoring the health condition of those returning from abroad.

"There is an expected level of decrease in the number of new cases. The number of patients who are in need of intensive care is also decreasing," he said.

With a decreasing number of new cases and those who recovered making up more than 70% of all cases in the country, the Health Ministry declared the outbreak under control.