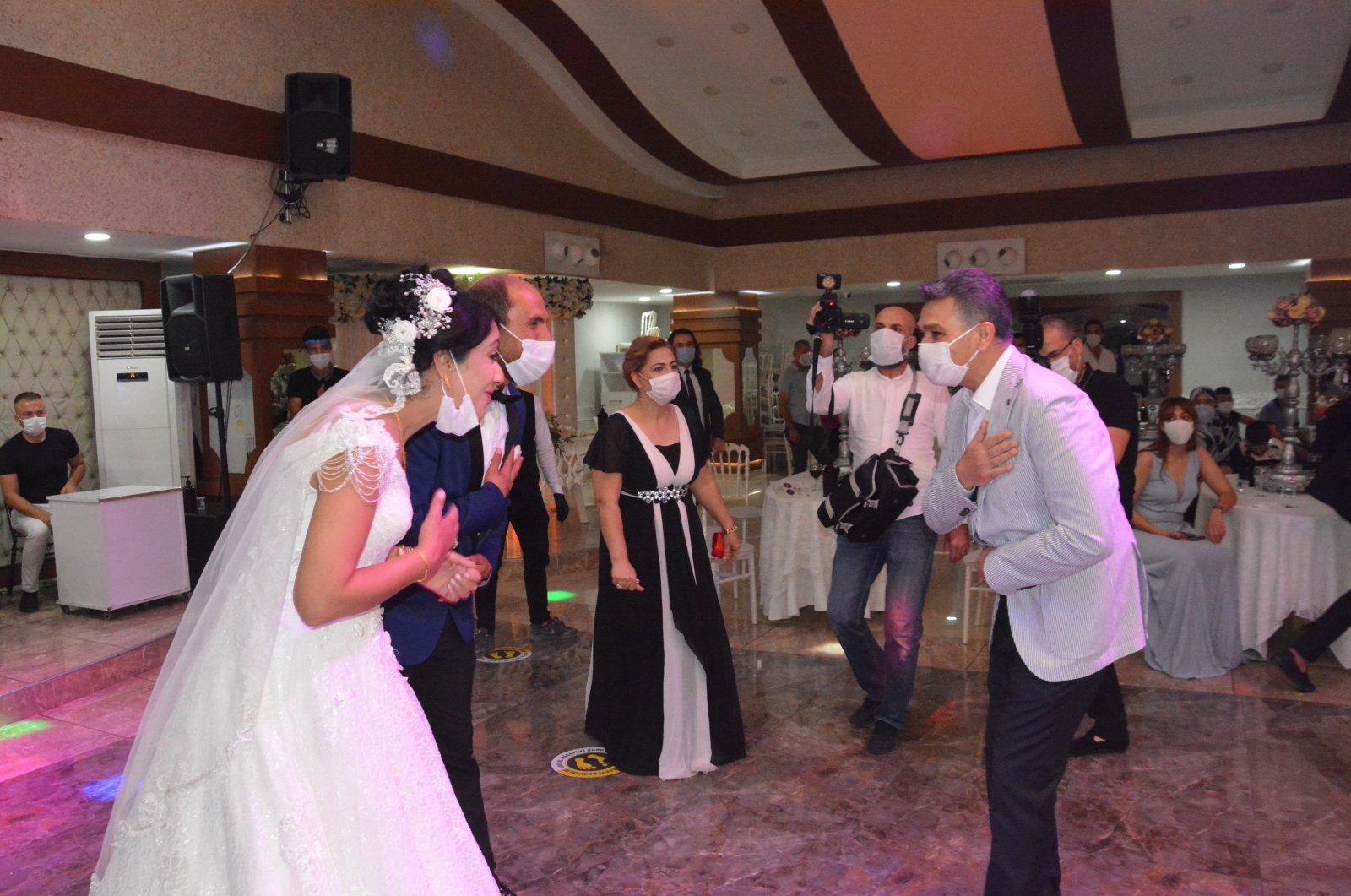 Deeply ingrained in Turkish culture, weddings can vary wildly depending on where they take place in the country due to local customs, but they share one thing in common – they are the perfect places for coronavirus to spread

After months of waiting for permission from authorities for weddings to resume, couples were finally allowed to tie the knot on July 1, but officials now mull whether the decision was wrong, as health experts warn weddings pose a significant risk to Turkey’s coronavirus fight.

On a regular year, spring marks the beginning of the wedding season in Turkey, but it is the summer when the ceremonies pick up the pace. Wedding motorcades on roads, the groom’s friends doing their best to perform local dances outside the bride’s house and the extravagant ceremonies itself become an increasing sight with the summer.

But the outbreak changed it all. At least that’s what the authorities had hoped for.

Shortly after the Health Ministry announced the country’s first COVID-19 case on March 10, weddings were among the many other things that were restricted. While the outbreak negatively impacted almost everyone’s lives, weddings perhaps suffered the most as most couples arrange their weddings nearly a year in advance, with most of the things already decided upon and down payments done.

For the first two months of the outbreak, couples were certain they would have to postpone their weddings to next year as the outbreak only worsened in Turkey. But in late April, Turkey managed to not only “flatten the curve” but actually significantly reduce the rate of daily new infections.

With the improving outlook, the government removed most of the restrictions on June 1, including the lifting of intercity travel restrictions and allowing restaurants, cafes and gyms to reopen.

But weddings still posed a risk. It took another month for authorities to allow weddings to resume under severe restrictions – which would turn the ceremonies a far cry from traditional festivities. The move was criticized even back then by health experts as too early and too risky. And they might have been right.

Following the decision, the Interior Ministry outlined the rules that people would have to follow at weddings.

Wedding parties will be short and held outdoors as much as possible while guests are required to wear masks and sit at least 1.5 meters (4.9 feet) apart from each other.

Only the newlywed couple is permitted to dance. Handshakes and hugs are banned and gifts – usually gold coins and jewelry – will be required to be placed in a box, instead of attaching it on the dress and suit of the newlywed couple.

Wedding halls are also required to hold weddings in one day with at least one hour between two weddings, to enable proper ventilation of the building. To the chagrin of children who prefer playing instead of joining adults dancing, playgrounds in wedding halls will be closed.

In their attempt to allow weddings to resume, the authorities issued rules even for the finer details, but soon after the ceremonies resumed, scenes emerged showing that they mattered little, as many people attending the weddings ignored them in favor of festivities.

Since the weddings resumed, photos and videos circulated on news outlets and social media that showed attendees standing shoulder to shoulder and performing the halay dance, a staple of Turkish weddings.

A similar disregard for rules was witnessed with the couples posing with guests for photos, or guests getting in crowded queues to gift their gold coins in person.

Health Minister Fahrettin Koca and other experts repeatedly warned that such scenes were perfect ways to contract the virus, but their warnings were left unheeded. With warnings ignored, many governorates decided to introduce further restrictions in their respective provinces.

The northern province of Karabük decided to restrict weddings to a maximum of three-hour ceremonies, while eastern Hakkari announced the duration as four hours. Kütahya province, meanwhile, banned all ceremonies and festivities outside of wedding halls.

Meanwhile, the Health Ministry introduced observers for weddings, a designated person who will make sure the rules are followed, from social distancing to wearing masks.

While members of the country’s Coronavirus Science Board claimed the majority of the weddings were carried out in line with rules and that violations occurred at around 10% of the weddings, one member of the board still warned senior citizens to avoid weddings.

“The elderly should avoid going to weddings. If they must go, they should wear their mask and leave as soon as possible. What we really want is for our seniors and other at-risk groups to skip weddings altogether,” professor Hasan Tezer said.