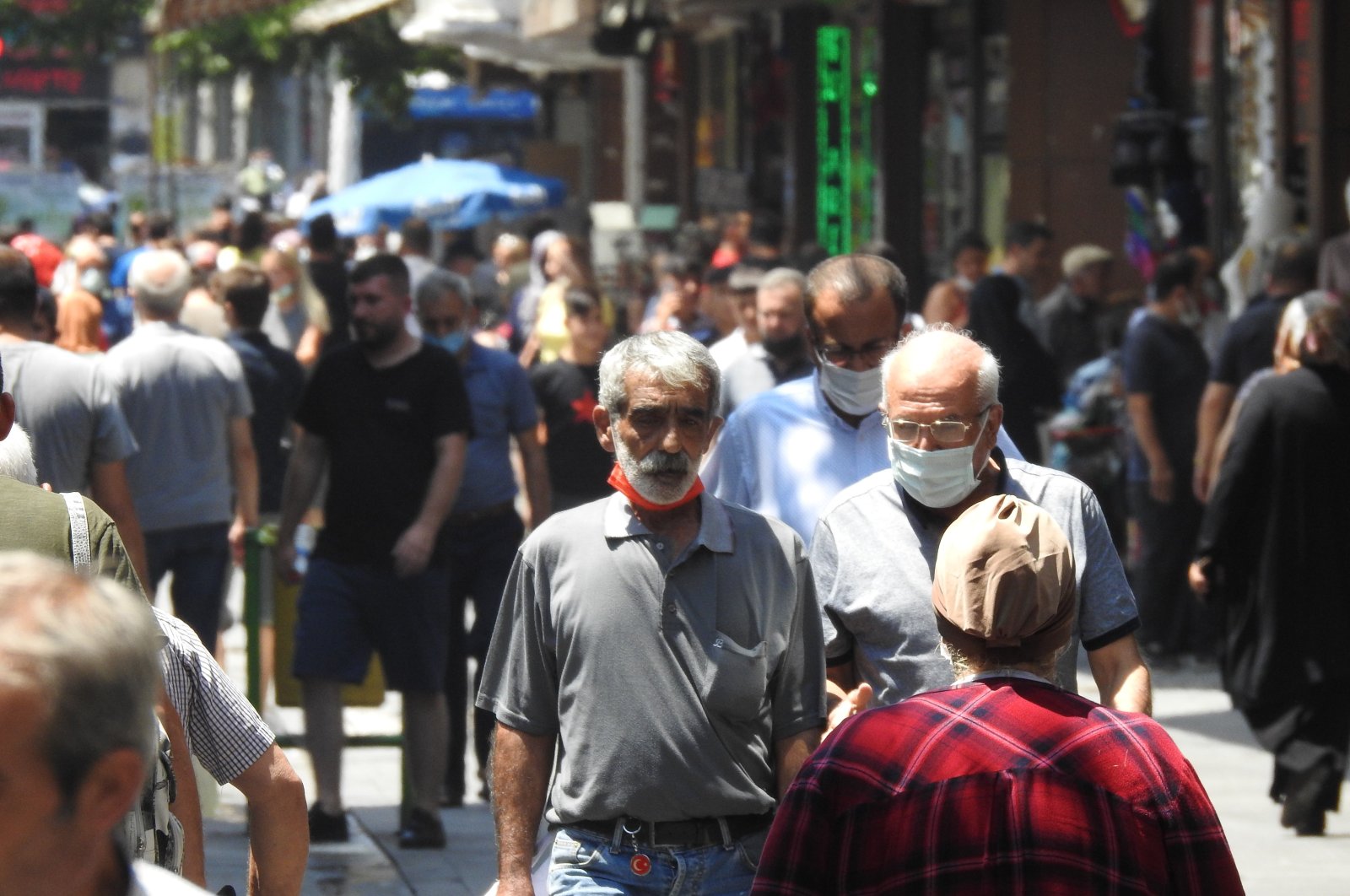 The rise in the number of COVID-19 cases in Turkey was apparent in the weekly figures released by the Health Ministry Thursday. In the country's three biggest cities, the number of cases per every 100,000 people recorded surges between July 24 and July 30. In Istanbul, it was around 168 while it was at 165 in the capital Ankara and around 43 in the third-largest city of Izmir. Istanbul had only around 88 cases between July 17 and July 23 while this number was 69 in Ankara and 33 in Izmir.

Siirt, Diyarbakır, Bingöl, Batman and Bitlis, all eastern provinces, led the list of provinces with the highest surge in weekly cases. Siirt had already exceeded 748 cases per 100,000, one of the highest numbers in the country, in the previous two weeks. It rose further to 1,139, almost more than half of weekly cases, which stands at 599 in Diyarbakır.

Health Minister Fahrettin Koca, who shared the map of cases, tweeted that provinces with high vaccination rates had less fallout from the nationwide COVID-19 surge. Indeed, Izmir, for instance, which has a vaccination rate of over 75%, had fewer cases, compared to Şanlıurfa, where the vaccination rate stands at 40.6% and weekly cases fluctuate around 165 per 100,000. Koca urged more people to get vaccinated, noting “more vaccinations mean less infections.”

Turkey is now considering whether to vaccinate people younger than 18 against COVID-19 and impose restrictions on the unvaccinated. According to local reports, the decision will be considered at the next Cabinet meeting, which was scheduled to be held Monday but postponed due to dozens of wildfires across the country, as many of the ministers went personally to oversee the firefighting efforts.

In order to achieve what is called herd immunity, experts say 70% of the population needs to be inoculated with the virus to protect unvaccinated people.