‘You want to die, but can’t’: Turkish patient recounts 2 months of virus struggle 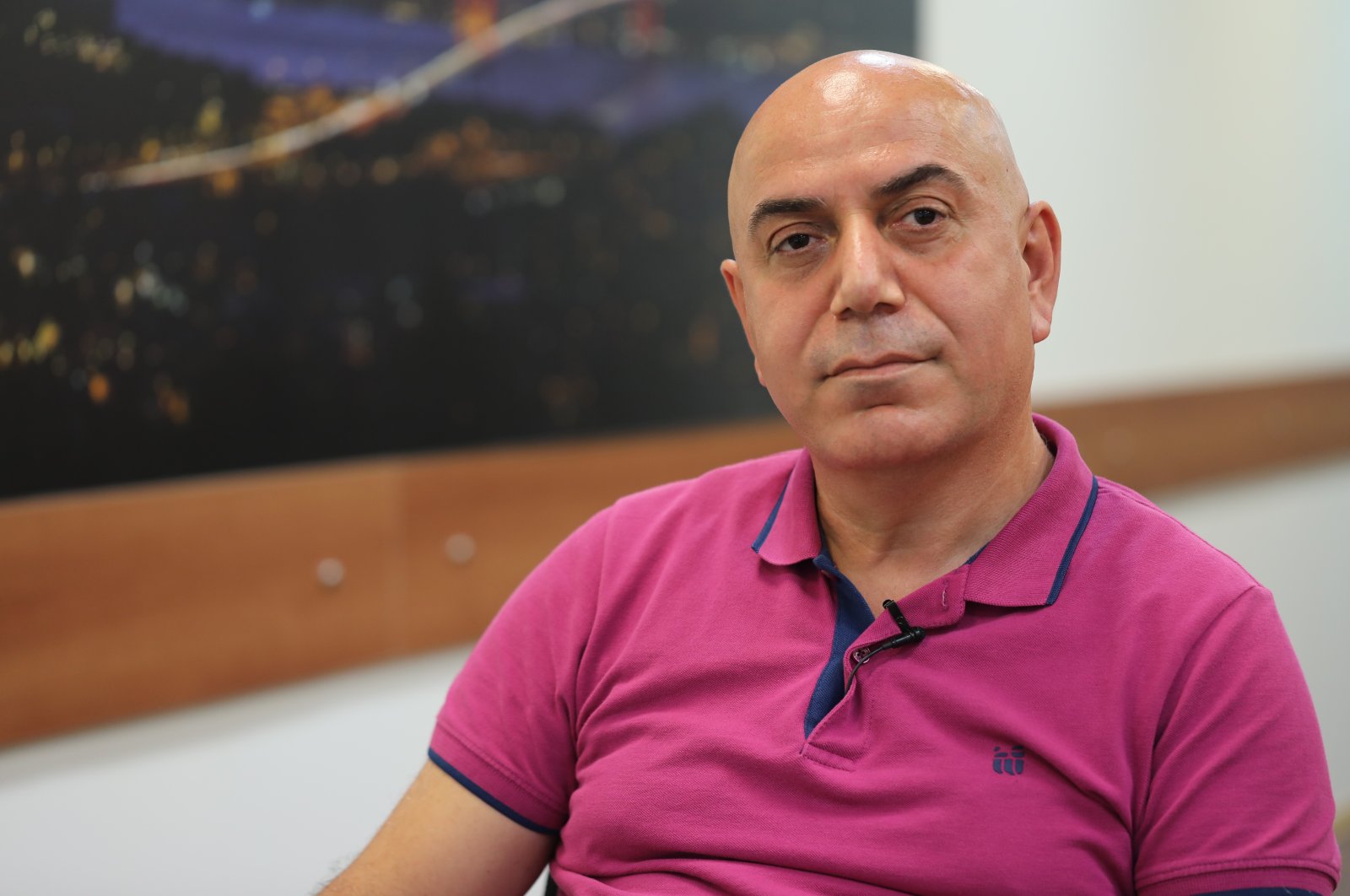 Nedim Kulaoğlu poses for a photo as he tells his experience with COVID-19 to Anadolu Agency. (AA Photo)
by DAILY SABAH Sep 09, 2020 9:18 pm
RECOMMENDED

It took nearly two months for 48-year-old Nedim Kulaoğlu to fully recover – mentally and physically – from what started as a simple cough but quickly turned into a nightmarish struggle with coronavirus that sent him to the intensive care unit (ICU) at one point.

Working as a supervisor for a textile factory in Istanbul’s Beyoğlu district, Kulaoğlu is one of the many patients that have recovered from COVID-19 after contracting the virus.

Recounting his experience with the virus to Anadolu Agency (AA), Kulaoğlu said his symptoms started with a simple cough one day.

Thinking he got a cold, Kulaoğlu tried to nurse himself back to health with common over-the-counter drugs. But when intense joint and muscle pains started, Kulaoğlu found himself at the nearest hospital, where doctors broke the news to him: He tested positive for COVID-19.

While the majority of COVID-19 patients get well on their own with minor symptoms, this was not the case for Kulaoğlu.

When doctors sent him back to his home for self-quarantine with a prescription for various symptoms of the disease, Kulaoğlu’s isolation was cut short when he had to be taken back to the hospital in an ambulance due to a persistently high fever.

He spent four days in the hospital as doctors tried to improve his condition but ultimately failed and Kulaoğlu had to be transferred to an ICU with rapidly deteriorating health.

“I had a really high fever, I also couldn’t breathe. They gave oxygen to me through my nose,” referring to a device called a nasal cannula that is used to deliver supplemental oxygen to patients.

Detailing his time in the ICU, Kulaoğlu said 10 of the 12 other patients that were there with him were on mechanical ventilators.

“You look around and see someone next to you intubated. You look at him again after five minutes, and see the bed empty, with sheets removed. You realize he passed away and they have taken his remains away.”

Explaining that he was never sedated or put into a medically induced coma during his treatment, Kulaoğlu said the scenes he witnessed during his stay at the ICU will haunt him for the rest of his life.

“You are in pain. Doctors and nurses come to visit at specific times and then there is no one else. You are all alone there with God. You half expect to die and half expect to recover. You beg to die but you can’t. You keep asking God to take your life. Because you can’t breathe. You are exhausted.”

“If people know just how hard it is, they won’t stick their heads outside their windows, let alone go out for a walk. Then there is this procedure when they make you lie on your stomach, for however long you can take it, be it 16 or 18 hours. It is really difficult,” Kulaoğlu said.

Kulaoğlu said doctors decided to move him out of the ICU after his condition began to improve but he didn’t disclose how long he spent in the ICU.

After further improvements, doctors decided to discharge Kulaoğlu and send him home for another 14 days of self-quarantine.

But fearing it might not be enough and to not risk the health of his family, Kulaoğlu decided to lock himself away in a room for a month.

During his monthlong isolation in one of the rooms at his house, Kulaoğlu only allowed his wife inside and with a strict set of rules, including making his wife wear a mask when she came in.

But the most difficult part of his stay inside the room was hiding his existence from his two-year-old daughter.

Knowing his daughter would want to embrace her father as soon as she knew he was at home, Kulaoğlu said he kept his existence a secret for the whole duration of his isolation.

“I watched my daughter from the keyhole. I couldn’t let her know I was at home. She didn’t see me. There was no embrace. I never said to her I was home because I knew she would want to see me if she knew. It was a really difficult time,” he said.

Kulaoğlu is back to normal life and free of the virus these days but according to him, the effects of the disease still lingers on.

He said he could have run a 5K or 10K marathon before he contracted the virus as he never smoked a day in his life. But these days even a fast-paced walk is enough to make him feel a shortness of breath.

Warning that it is not a disease to be made light of, he urged everyone to pay attention to precautions.