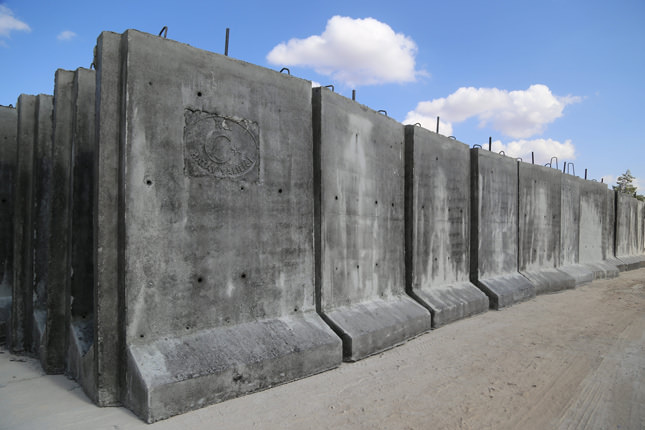 Speaking to media following in the southern province of Kilis, Yilmaz said security efforts to protect the border against any threat from Syria would be completed by the end of 2016.

"The efforts that have been launched in a 911 kilometer [566-mile] field are underway and a 250-km part of it will be completed in the midst of 2016," said the defense minister.

Dubbing the efforts to secure the border an "endless" process, the minister noted that security would improve with technology every year.

"We will ensure the safety of citizens living in Republic of Turkey with the erection of walls, wire fences on the walls, surveillance cameras, drones, balloon systems and sensors," Yilmaz added.

Asked whether the Turkish shelling of YPG positions would continue or not, the minister said Turkey would not refrain from anything to protect itself.

The Turkish army shelled the Syrian side of the frontier as of 7.00 p.m. local time [1700GMT] on Friday.

Turkish security forces began firing at 4.00 p.m. [1400GMT] close to the Oncupinar border gate' the sound of artillery fire could be easily heard, reported an Anadolu Agency correspondent in Kilis.

Turkey's shelling of the PYD, the Syrian affiliate of the terrorist PKK group, started last week in a move to halt the advance of the PYD/YPG terrorists towards Azaz, a Syrian town north of Aleppo.