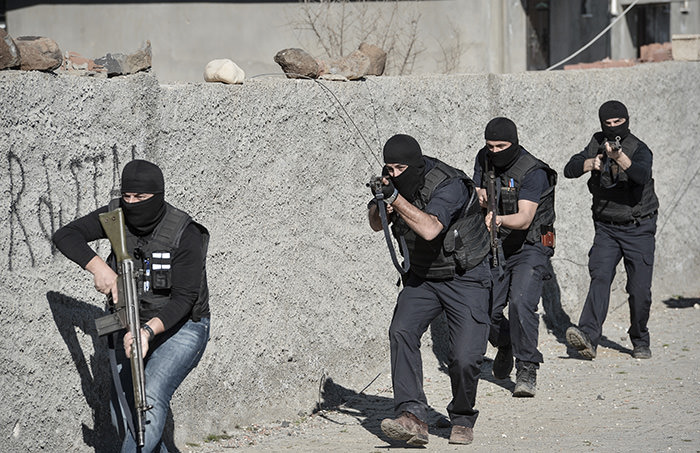 Turkish General Staff said in a statement that a terrorist was killed in Diyarbakır province's Sur district, while four others were killed in Şırnak province's Idil district.

"The total number of the terrorists neutralized so far [in Sur] has reached 242," the military said, adding that 15 improvised explosives were also diffused.

Security forces have so far 57 PKK terrorists and destroyed 228 explosives since the operation started in Idil district, the statement added.

Turkey's southeast has been the scene of significant military operations since December against the PKK-designated as a terrorist organization by Turkey, the U.S. and the EU-which renewed its armed campaign against the Turkish state in late July 2015.

Since then, more than 280 security forces personnel have been martyred and thousands of PKK terrorists killed in operations across Turkey and northern Iraq.
Last Update: Mar 01, 2016 3:54 pm
RELATED TOPICS