PKK terrorists in Turkey supplied with weapons by Syria regime, Russia and PYD 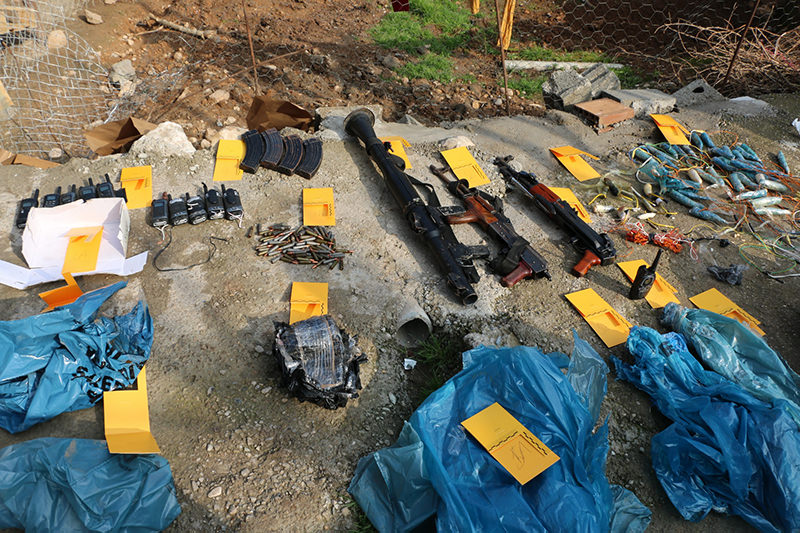 Arms have flowed to PKK terrorists in Turkey from the group's Syrian branch the PYD, a security source has told Anadolu Agency.

The source, who spoke on condition of anonymity due to restrictions on speaking to the media, said Russia had been supplying the PYD and its armed wing the YPG with weapons in Afrin, a northwestern district in Aleppo province that borders Turkey's Hatay province, since December.

PKK members have also been provided with light and medium arms by the Syrian government, as well as training in anti-tank tactics, the source added.

The increase in support for boıth the PYD and PKK coincided with increased attacks by the PKK on security forces in Turkey's southeastern Mardin, Diyarbakır and Şırnak provinces since October.

According to the source, the PYD/YPG smuggles weapons across three main points on the Syria-Turkey border - Qamishli to Nusaybin, Kobani to Suruç and Afrin to the Amanos mountains.

The source said YPG/PYD terrorists had been sent to fight alongside the PKK in Turkey following the end of fighting around the Syrian town of Kobani in September.

Last week, two YPG/PYD snipers were arrested crossing into Turkey through Şanlıurfa province, the source said. In statements to police, the terrorists said they had been sent to fight in Kobani from the PKK's base in the Qandil mountains, northern Iraq, in 2014. They were heading to join fighting around Sur, Diyarbakır, when they were arrested.

In an interview with The Sunday Times newspaper in December 2015, Bashar Assad said the Syrian regime had sent arms to the PYD.

The PKK is considered a terrorist organization by Turkey, the EU and U.S. but its Syrian affiliates are viewed as partners of the U.S. in the fight against Daesh.