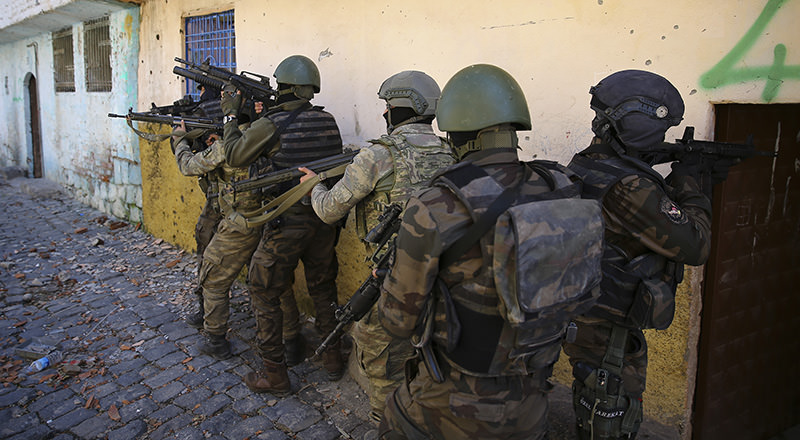 | AA Photo
by Daily Sabah with Agencies Mar 09, 2016 12:00 am
Anti-terror operations launched against the PKK in southeastern Sur district of Diyarbakır province have ended on Wednesday, interior minister Efkan Ala has said.

Security forces have tightened the circle around the PKK in Sur as they reportedly have made remarkable advances in the district to take complete control.

Police and troops are still searching the area.

According to a statement released by the Turkish General Staff at the weekend, 264 terrorists were killed and 345 explosive devices defused in Sur since the operation began.

Sur was one of a series of towns and neighborhoods targeted in counter-terrorism operations to root out the terror group PKK, which renewed its armed campaign against Turkey in July.

The operations were launched on November 28 2015, following the killing of Diyarbakır Bar Association chairman Tahir Elçi by PKK terrorists.

The PKK is designated as a terrorist organization by Turkey, the U.S. and the EU. It renewed its armed campaign against the Turkish state in late July 2015. Since then more than 240 members of the Turkish security forces have been killed.