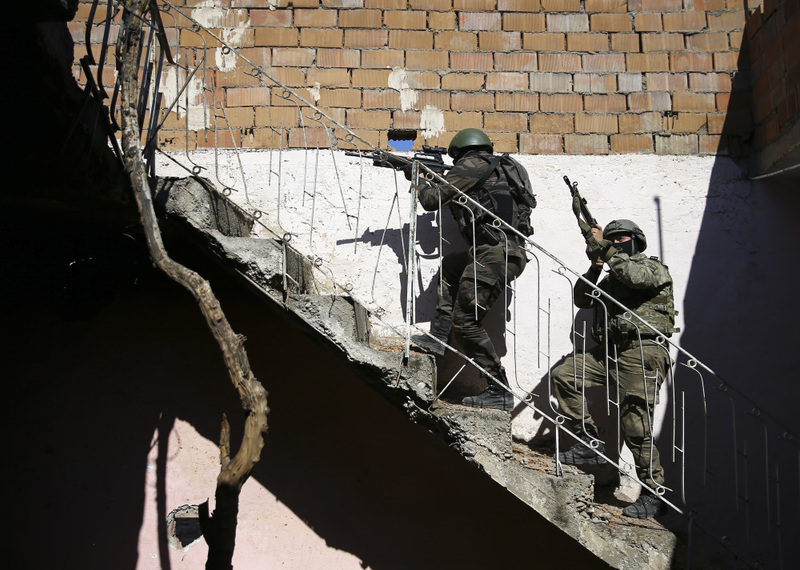 The government is trying to facilitate a security system in Turkey's southeast where police officers will be in charge of providing security in a specific neighborhood and street, Interior Minister Efkan Ala said.Speaking to Milliyet daily on Wednesday, Ala said that they would regulate a system that is similar to the wardership system in the streets and neighborhoods of the southeast that will be more visible during the evening in order to make locals feel safe.

"Police centers that will serve for preventive safety measures in the neighborhoods will be established together with the increasing numbers of village guards and gendarmerie in several other places," he said.

The interior minister indicated that this is a concept that will enable immediate intervention at the scene in southeastern neighborhoods, saying "We will facilitate security mechanisms that will make the citizens see and feel safe at night, rather than remaining as it is, only with patrols."

"Namely, the mechanisms and the officers that will serve the public order and security street by street, neighborhood by neighborhood will be determined."

Concerning the allegations that the pro-PKK Peoples' Democratic Party (HDP) has helped terrorists on several occasions, Ala said: "Ammunition from the municipality tractor in the Dargeçit [district of Mardin] might be found in a search. Construction equipment can go and dig there. You are conducting a struggle within democracy and siding with the civilian. This might take time but we have to do the right thing."

According to the government plan revealed last month, Ankara will provide services and the expenses will be covered from the subsidies of the municipalities in order to forestall the deprivation of services for locals who voted for parties other than the HDP.