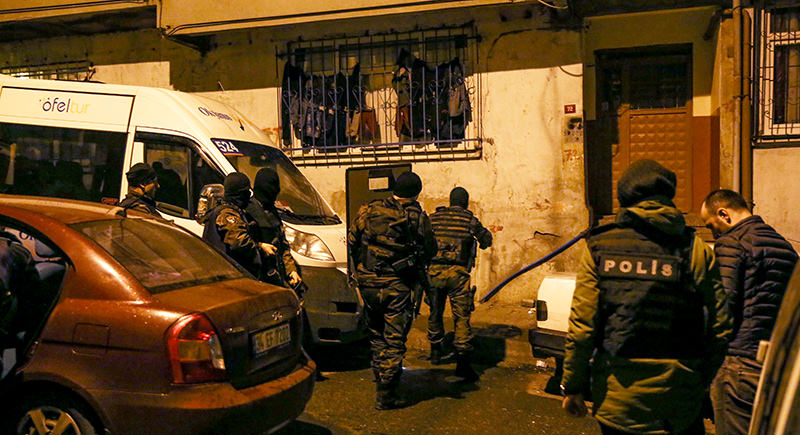 Counter-terrorism teams have detained at least 79 suspects in simultaneous anti-terror operations in various cities throughout Turkey, a day after a deadly terrorist attack hit the capital, killing at least 37 people and injuring 125 others.

Police have reportedly raided the houses of terror suspects and detained them in Istanbul's Sultangazi and Gaziosmanpaşa districts.

Fifteen people were detained on charges of making propaganda for the PKK and insulting state officials.

During the raid, police seized one pistol, three shotguns and ammunition.

Additionally, 12 people in Turkey's central Eskisehir province and two people in Istanbul have been detained as a result of an Eskisehir-based investigation, the city's governor Gungor Aziz Tuna said on Monday.

In southern Adana province, police detained number of people during an operation against the PKK.

The suspects were brought to a hospital for a health checkup, and were then transferred to Vatan Police Headquarters in Istanbul.

37 people were killed and 125 others were injured after a strong blast took place in capital Ankara's Kızılay Square on Sunday evening.

The explosion scene is roughly one kilometer away from the point where a car bomb attack by the PKK terror organization that killed 29 people on Feb. 27.

Ankara was also targeted by Daesh-linked suicide bombers on Oct. 10, 2015, killing 102 people during a peace rally.