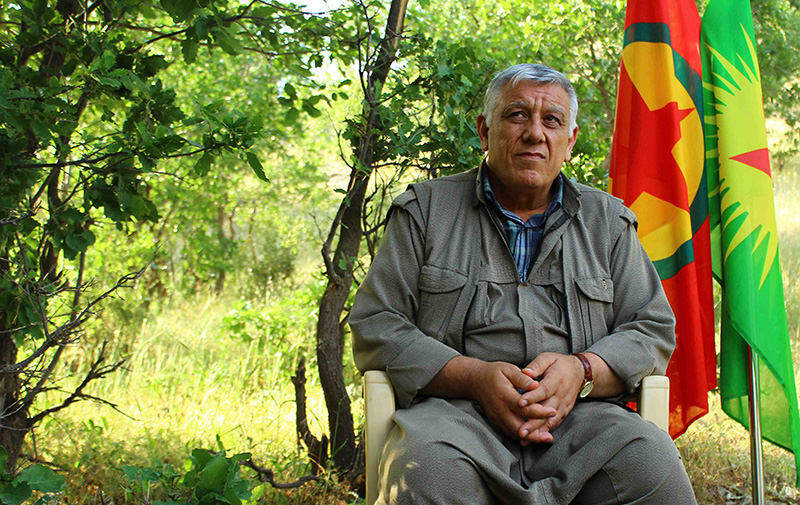 Speaking to British daily The Times four days before the deadly car bomb that killed 35 civilians in the Turkish capital Ankara, Cemil Bayık, leader of the attack's main culprit the PKK, said that now their main aim is to topple President Recep Tayyip Erdoğan and the Justice and Development (AK) Party government.

Claiming that Turkey would never be a democratic country unless Erdoğan and the AK Party government is toppled, Bayık said that the PKK terror organization is the main obstacle between Erdoğan and his dreams from coming true, despite Turkey's functioning democratic regime in a region caught up in turmoil and its electoral processes repeatedly have been confirmed free and fair by international monitors.

Bayık described their current activities in Turkey, which have started to show great resemblance to the tactics of extremist groups in Syria and Iraq targeting civilians with suicidal attacks, as a fight of "life and death."

Despite grinding life to a halt in entire towns and cities with illegal barricades and bomb traps manned with armed militants in the country's southeast, Bayık accused Turkish security forces with acts of destroying and looting, and vowed revenge.

He admitted to the fact that the PKK did indeed bring the war to urban settlements from the countryside, claiming that their tactic is a new era in public struggle, although an overwhelming majority of inhabitants in neighborhoods ravaged by the PKK chose to leave instead.

The timing of publishing the interview also drew criticism as the investigation on the bombing is still underway, while many of the victims have not even been buried yet.