Tent set up by PKK terrorists in Brussels removed 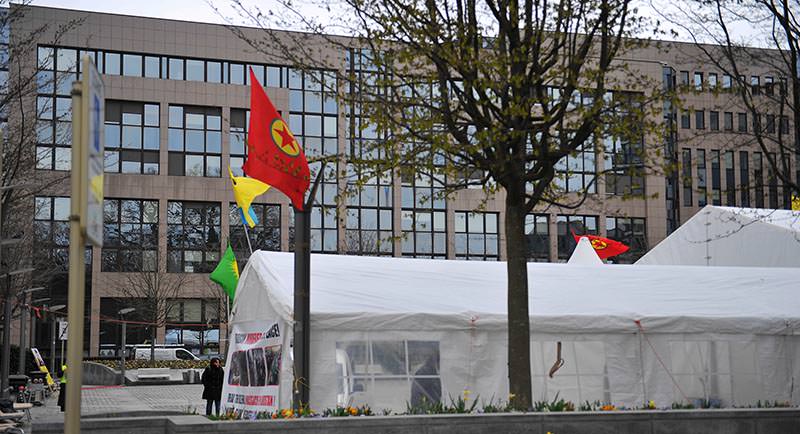 Belgian police had reportedly ordered the tent to be removed following Tuesday's bombings in Brussels, they said.

The tent was set up in front of the European Council building in Brussels just two days after a terrorist attack killed dozens of people in the Turkish capital Ankara.

The PKK terrorist organization supporters had initially received permission from the Belgian government to set up the tent until the end of this month.

Belgian government ministers had made no move to interfere with the tents, although they had pledged to cooperate in the fight against terrorism.

Since the PKK-listed as a terrorist organization by the U.S. and the EU-resumed its 30-year armed campaign in late July, more than 300 members of security forces have been martyred.