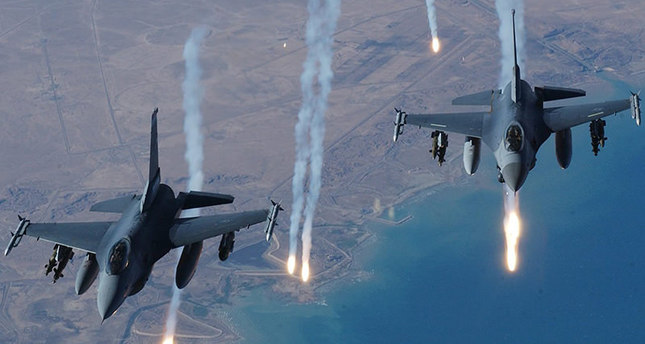 The F-16 and F-4 jets carried out the operation against the camps in the Hakkurk, Haftanin, Avasin and Basyan areas at 9 p.m. (1900 GMT), destroying 11 targets including ammunition depots and shelters, the military said on Thursday.

On Tuesday, warplanes struck shelters, caves and ammunition depots used by the PKK in northern Iraq and rural areas near the southeastern Turkish town of Şemdinli. Clashes elsewhere in the southeast killed 26 terrorists on Tuesday.

Separately, the military said one soldier was killed and four injured after a homemade bomb was detonated by remote control in the town of Nusaybin in the southeastern province of Mardin.

Nusaybin, near the Syrian border, has been under a curfew since March 14 when security forces launched counter-terror operations against the PKK there.

A joint counter-terrorism operation by the Turkish Armed Forces (TSK) and police forces aims to capture PKK terrorists, dispose of planted explosives, fill in ditches, and remove barricades following the declaration of a curfew in Turkey's southeast on March 14.