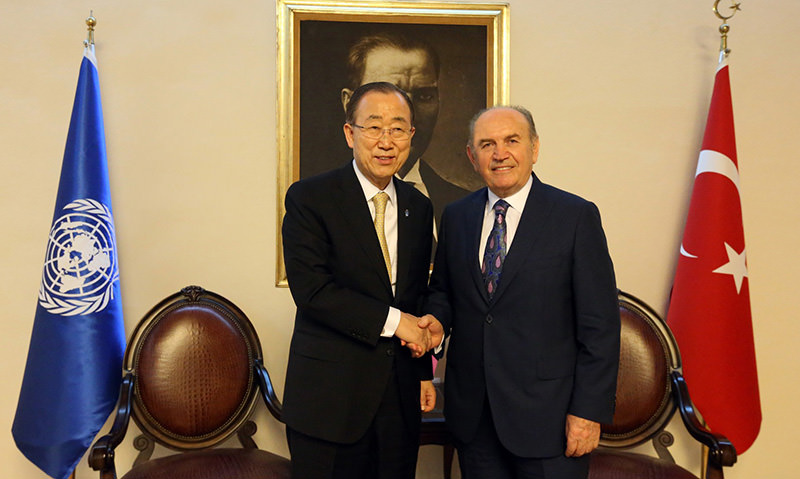 Istanbul mayor Kadir Topbaş has discussed terrorism and the refugee crisis with United Nations Secretary General Ban Ki-moon at a meeting in Istanbul on Thursday.

On his way to the Middle East, United Nations Secretary-General Ban Ki-moon dropped by Istanbul and met the city's mayor, Kadir Topbaş, at Atatürk International Airport.

A statement from the mayor's office said the two discussed a range of issues, including global terrorism, the state of Syrian refugees and an upcoming United Nations summit in Istanbul. Topbaş also discussed joint work between the United Nations and United Cities and Local Governments (UCLG), an international body the Turkish mayor chairs.

The mayor said they also discussed the impact of Syrian refugees on cities and local governments at the meeting held at the airport guest house.

Ban was scheduled to visit Lebanon yesterday where he will meet Lebanese leaders as well as Syrian and Palestinian refugees before a trip to Jordan and Tunisia. Ban's visit comes ahead of a high-level meeting of U.N. member state representatives on Global Responsibility Sharing for Syrian Refugees that will be held in Geneva on March 30.