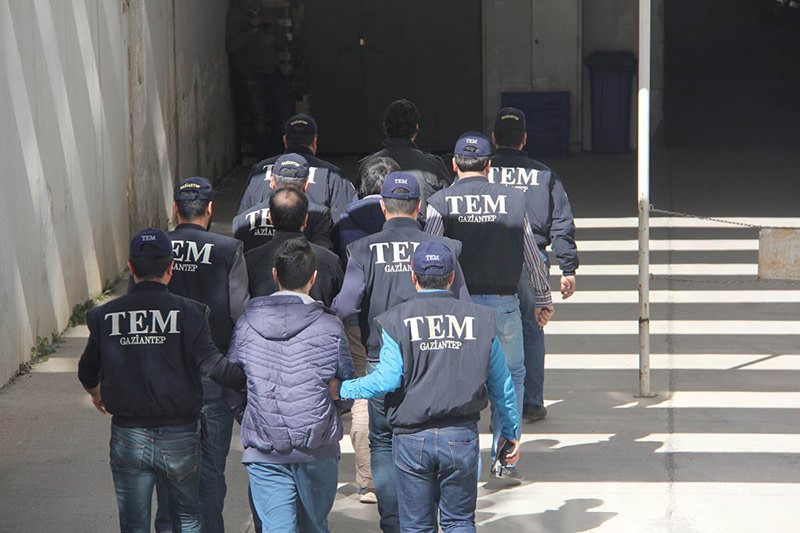 Two suspected Daesh suicide bombers, one of them a member of Daesh-affiliated Dokumacılar (Weavers) group that carried out several suicide bombings in different parts of the country, were arrested by Turkish security forces late Friday in southeastern Gaziantep province.

A total of four suspects were captured in the operation, according to a statement released by the Governorate of Gaziantep on late Monday.

According to information obtained from security sources, a Daesh terrorist named Mehmet Mustafa Çevik was arrested along with Ercan Çapkın, the brother of Erkan Çapkın, one of the suspected perpetrators of the March 19 suicide bombing in Istanbul's Istiklal Avenue which claimed the lives of four civilians. Çevik was also being sought for having links to the Al-Qaida terrorist organization.

The investigation launched after the bombing showed that Çapkın was Daesh's so-called regional head in Turkey's southeastern province of Gaziantep bordering Syria.

The Dokumacılar group is suspected to have carried out the Oct. 10, 2015 twin suicide bombings that killed 109 civilians in a peace rally in capital Ankara, in which more than 400 were also injured. Again in 2015, four civilians were killed in the bombing held in a Diyarbakır rally of the pro-Kurdish Peoples' Democratic Party (HDP) on June 5; while 32 civilians, mostly activists on their way to the northern Syrian town of Kobani that suffered a six-month-long Daesh siege, were killed in a suicide bombing in southeastern town of Suruç on the border. The radicalized group is suspected to have carried out both attacks that targeted pro-Kurdish or left wing groups, which were later used as a pretext by the PKK terror organization for renewing its armed campaign against the Turkish state on July 2015.