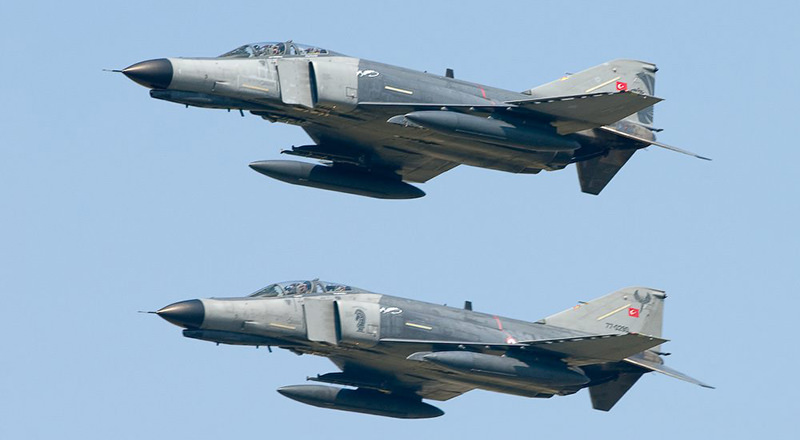 Citing security sources, reports said F-16 and F-4 jets destroyed the PKK targets in the Zap area of neighbouring Iraq, where terrorists are based.

Four F-4 2020 and six F-16 jets have reportedly participated in the operations.

The PKK is recognized as a terrorist organization by Turkey, the U.S. and EU and resumed its 30-year armed campaign against Turkey in July.

Since then, more than 350 members of the security forces and thousands of terrorists have been killed.