After ignoring Ankara's warnings, Belgium calls on EU to share intel with Turkey 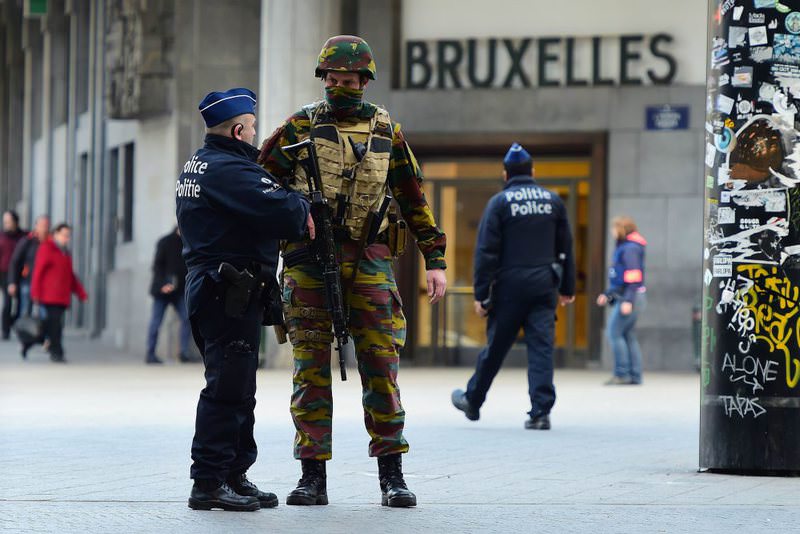 After Belgium and France ignored Turkish authorities' warnings on deported DAESH militants, the Belgian interior minister shared Ankara's call for effective cooperation on intelligence sharing and requested an agreement between the EU and Turkey to monitor the movement of foreign fighters

Belgium has requested an agreement between Turkey and the European Union to monitor the movement of foreign fighters, Belgian Interior Minister Jan Jambon said on Thursday. Jambon made a statement on Thursday following a meeting of the European Council of Ministers of Justice and Interior Affairs. Jambon also said those who have been deported should be sent back to their countries, referring to Ibrahim el-Bakraoui, one of the bombers in the Brussels attacks last month who had been deported from Turkey last June after he was caught near the Turkish-Syrian border.

An EU citizen, Turkey then sent Bakraoui to the Netherlands instead of Belgium. On March 23, a day after the Brussels bombings, President Recep Tayyip Erdoğan said that Turkey had deported one of the attackers involved in the attacks in June 2015. At least 32 people were killed and more than 100 others injured in multiple explosions at Zaventem Airport and a subway station in Brussels. A news agency linked to DAESH reported the group's claim of responsibility for the Brussels attack. Following the attacks in March, Jambon and Justice Minister Koen Geens offered to resign. However, Prime Minister Charles Michel refused their resignation requests.

The Belgian government admitted its errors in not preventing the Brussels attacks. Geens said Belgian security "should perhaps have been more critical about the place where the person had been detained," referring to Turkey's border area with Syria. "When someone is arrested there in a city few people know, it is clear enough for insiders that the person could be a terrorist," he said.

Belgian authorities have faced strong criticism at home and abroad for not doing more to prevent the March 22 carnage after clear links emerged between the Brussels attackers and the extremists behind the Paris terror assaults in November.

Life in Belgium has been profoundly affected by the attacks. Thousands of soldiers were deployed in the streets and several metro stations and the airport remain closed. What is more, a friendly football match between Belgium and Portugal was called off, people are advised not to go out and several countries, including Turkey and Israel, warned their citizens not to visit the country and for those already there to leave.

The attacks sent shockwaves across Europe and around the world, with authorities racing to review security at airports and on public transport and rekindled debate about European security cooperation and police methods. Michel canceled a trip to China and convened his inner cabinet to discuss security. Belgian authorities have been accused of neglecting Muslims and failing to help them find jobs to shield them from people seeking to radicalize desperate young men. Youth unemployment has reached as high as 40 percent in some parts of Belgium. "Because of the difficulty of fitting into a hostile society, they look for alternative networks where they can fit in," counterterrorism expert Rik Coolsaet at the Brussels think tank Egmont said. "Gang activities and the foreign fighters' undertakings are carried out on the margins of the local environment where they grew up," Coolsaet said.

Just a few kilometers from the headquarters of NATO and the European Union, but effectively a world away, Molenbeek – on the poorer side of the city's industrial-era canal – has become a notoriously difficult place to track militants. Abdeslam was able to vanish into the backstreets of Molenbeek, some quarters of which are 80 percent Muslim, for four months, protected by family, friends and petty criminals, not far from his parents' home. Some problems are traced back to the 1970s when Belgium, still heavily industrial at the time, sought favor and cheap oil from Saudi Arabia by providing mosques for Gulf-trained clerics.
Last Update: Apr 23, 2016 1:15 am
RELATED TOPICS