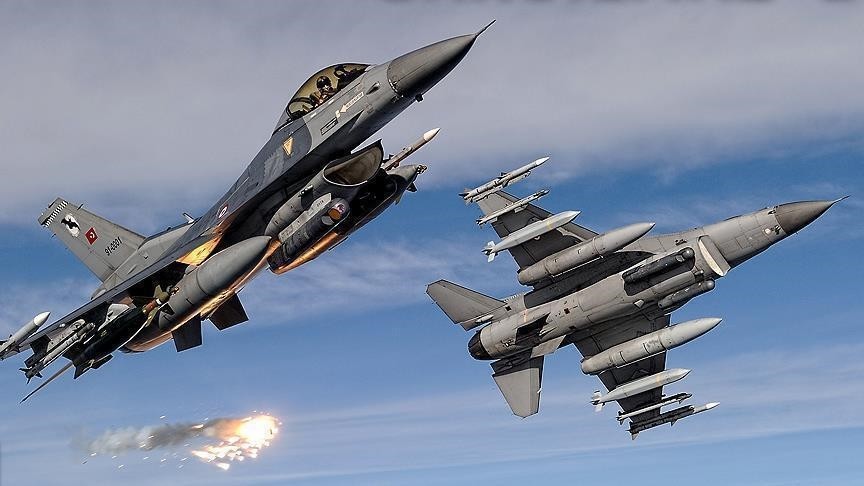 The military carried out the air strikes against positions of the group on Monday and Tuesday in the mountainous regions of Turkey's southern province of Hakkari and in northern Iraq, where the PKK has camps near the Turkish border in the Avaşin and Basyan regions.

PKK -- listed as a terrorist organization also by the U.S., and EU -- resumed its 30-year armed campaign against the Turkish state in July 2015.

Since then, more than 450 security personnel, including troops, police officers, and village guards and more than 4,500 PKK terrorists have been killed in counter-terrorism operations across Turkey and northern Iraq.