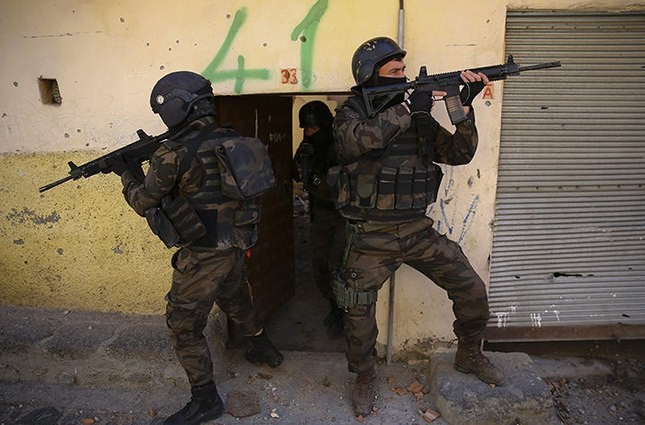 Meanwhile, the sources said between July 24, 2015 and May 23, 2016, 483 security officers -296 military officers, 178 police officers and 9 village guards- had lost their lives in operations or in attacks by terrorists.

In addition, 1568 soldiers, 1257 police officers and 34 village guards were wounded during counter-terror ops in Turkey.

Meanwhile, in operations on the PKK's northern Iraq camps, 638 terrorist were wounded and 437 had surrendered.

The PKK, listed as a terrorist organization by Turkey, the U.S. and EU, resumed its 30-year armed campaign against the Turkish state in July, since when more than 480 members of the security forces have also been killed.