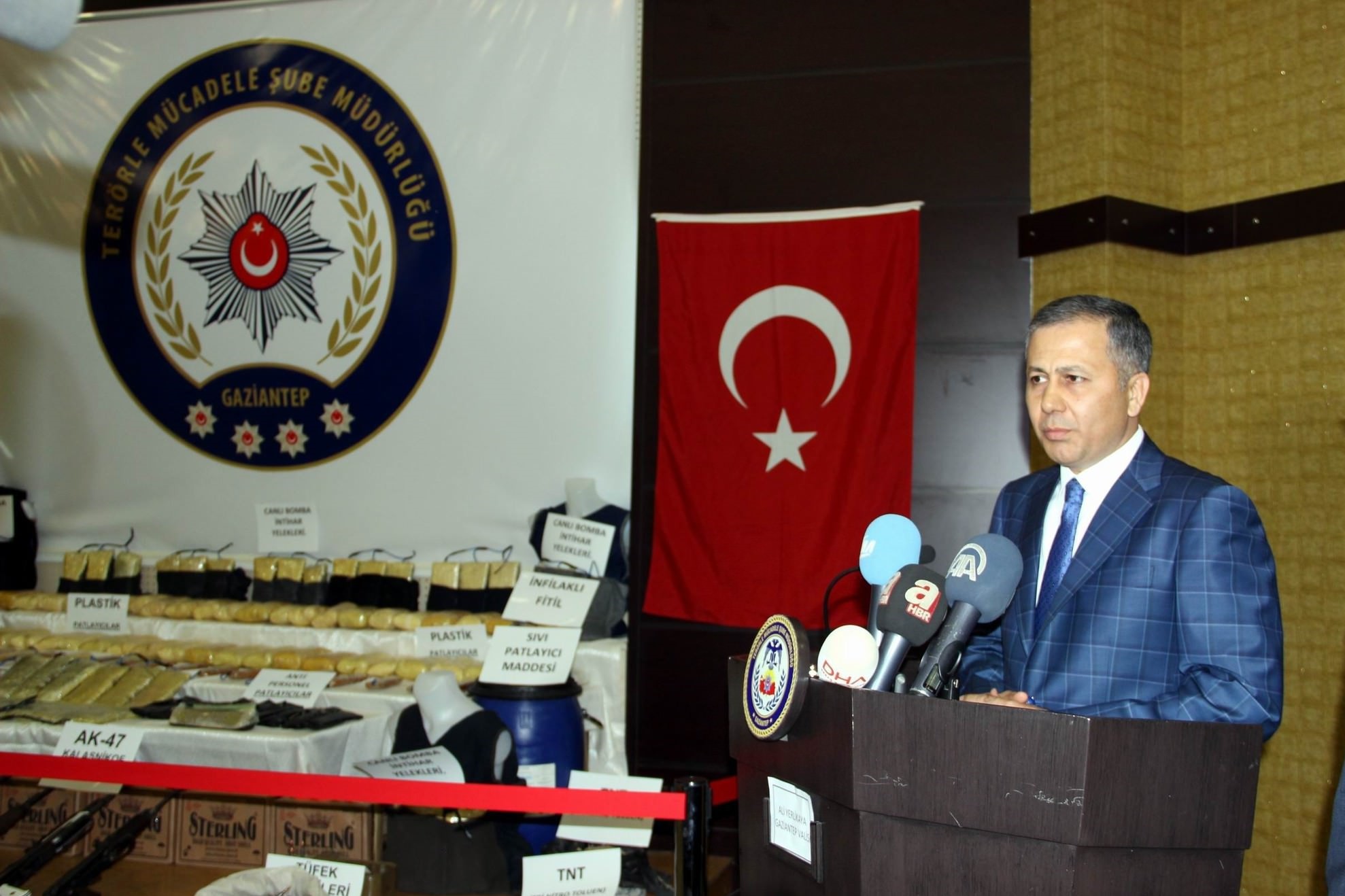 The mayor of southeastern Gaziantep province, Ali Yerlikaya said Monday that Yunus Durmaz, one of the so-called "emirs" of the Daesh terrorist organization who blew himself up during counter-terror operations in the province, had in fact targeted the ruling Justice and Development Party's (AK Party) emergency convention which took place in Ankara on Sunday.

The suicide bomber who fortunately only killed himself in the raid was on the Red List of the Turkish Interior Ministry's Wanted Terrorists website, with a reward of four million liras ($1.3 million) for information leading to his capture. In the counter-terror ops, Yunus Durmaz's wife, their two children and his brother Hacı Ali Durmaz were captured. Hacı Ali Durmaz, also a Daesh terrorist, was also on the wanted terrorists list with an award of 1.5 million liras ($500,000) for information leading to his capture.

The mayor also said that in the operation, 12 other suspects were also captured by Turkish security forces. Yerlikaya went on to state that in security operations so far, many Daesh-linked terrorists, including the perpetrators of the 2015 June suicide attack against PKK-linked Peoples' Democratic Party's (HDP) Diyarbakır rally in which two people died and over 100 were wounded, the Suruç bombing which left 34 dead and over 100 wounded, the Ankara suicide attack carried out on October 10, 2015 which left 109 dead and left over 500 wounded, the suicide bombing in Istanbul's Istiklal avenue which left four dead and left 36 wounded and the May 1 car bombing against the police headquarters in Gaziantep which left three dead.

The mayor also stated that many suicide vests, explosives, weapons and ammunition were seized in the operations. Stating that 38 Daesh members have been arrested in the province since May 1, Yerlikaya added that Hacı Ali Durmaz and 11 other Daesh-linked suspects will be brought to justice after interrogation.