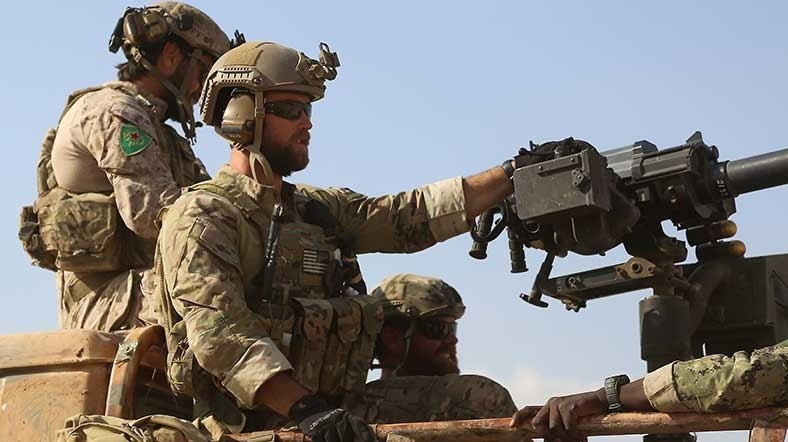 The Syrian affiliate of the PKK terrorist organization, the Democratic Union Party's (PYD) armed wings the People's Protection Units (YPG) and the Women's Protection Units (YPJ) started an all-out offensive against Daesh on Wednesday, this time targeting the very heart of the group: their de facto capital Raqqa.

In the offensive against Daesh terrorists, the U.S. again gave air support to the YPG, this time strengthened with ground troops. In the photos from the offensive, the U.S. soldiers are seen wearing the PKK-linked YPG and YPJ's badges. 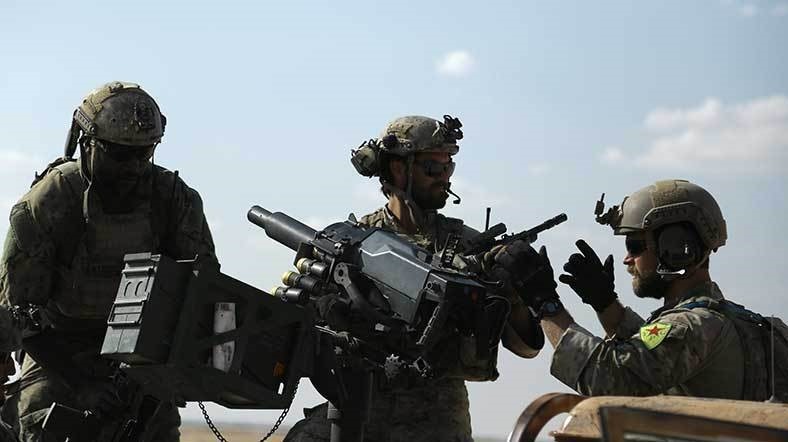 The US soldier on the right is seen wearing a YPG badge in this picture. (AFP Photo)

Ankara considers the PYD to be a terrorist organization, citing its ties to the PKK, which has carried out a three-decade insurgency in Turkey's mainly Kurdish southeast.

On February 17, a PYD terrorist named Abdülbaki Sömer carried out a suicide attack in Ankara, killing 29 including officers and civilians, also leaving 61 wounded. Later on, a giant poster featuring him and Seher Çağla Demir, a PKK militant who carried out a car bombing on March 13 in Ankara killing 38 civilians and leaving 125 others wounded, was seen hanged on a building in a Syrian city under control of the PYD terrorist organization. 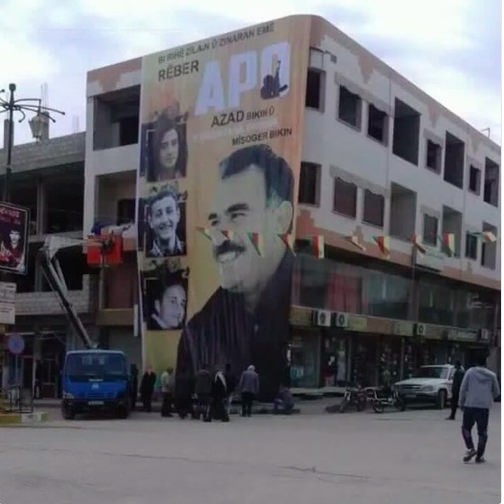 The poster also featured jailed PKK leader Abdullah Öcalan with the headline "Leader," yet another proof for the group's undeniable ties to the PKK.

Turkish-U.S. relations have gone south following a statement from U.S. State Department spokesman John Kirby that the U.S. does not consider the Syrian PKK affiliate PYD or its armed wing YPG to be terrorist organizations. Kirby's statement was in response to President Recep Tayyip Erdoğan's ultimatum to Washington to choose Turkey or the PYD as its ally.

Even though Ankara repeatedly warned the U.S. and Europe that there are no good or bad terrorists, pointing to the YPG, the U.S. disregarded President Erdoğan's last call and designated the YPG its "partner."

The PKK is recognized as a terrorist organization by the US, the EU and Turkey.