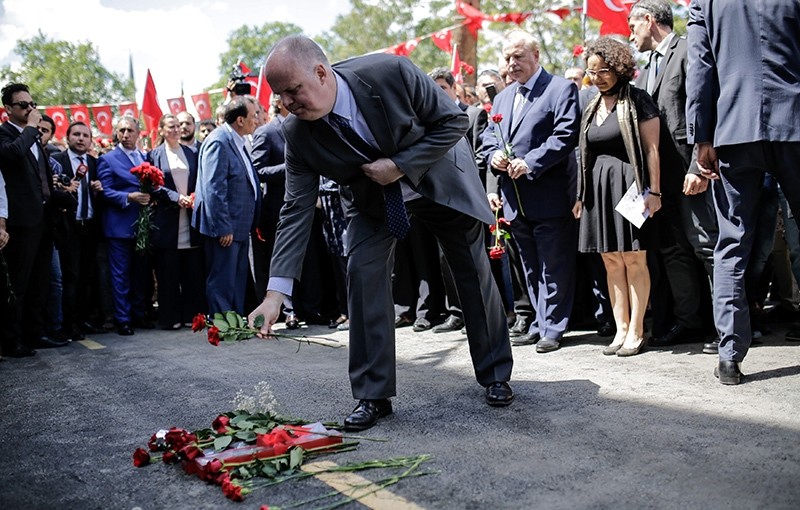 Consuls of European countries leave cloves on June 8, 2016 on the site of yesterday's bomb attack that killed 11 people including several police officers, in the Vezneciler district of Istanbul.
by Anadolu Agency Jun 08, 2016 12:00 am

The EU consul generals left roses at the site in commemoration of the victims and offered their condolences to the victims' families.

French Consul General to Istanbul Muriel Domenach said they condemned terrorism wherever it comes from. German and Spanish consul generals were among those who visited the site.

The United Nations, NATO Secretary-General Jens Stoltenberg and the EU have all voiced condemnation and concern in separate statements following the attack.

"We reiterate our continuing solidarity to Turkey, its government and its people and reaffirm our commitment to work closely together to fight the global threat of terrorism," the EU said in a statement.

The terror attack by a bomb-laden car on a riot police vehicle in Beyazıt's Vezneciler area on the city's European side was carried out at 8.40 a.m. local time (0540GMT), Istanbul Governor Vasip Sahin said Tuesday.

Apart from killing 11 people, including civilians and police officers, the deadly attack left 36 people wounded and damaged nearby shops, vehicles and hotels.