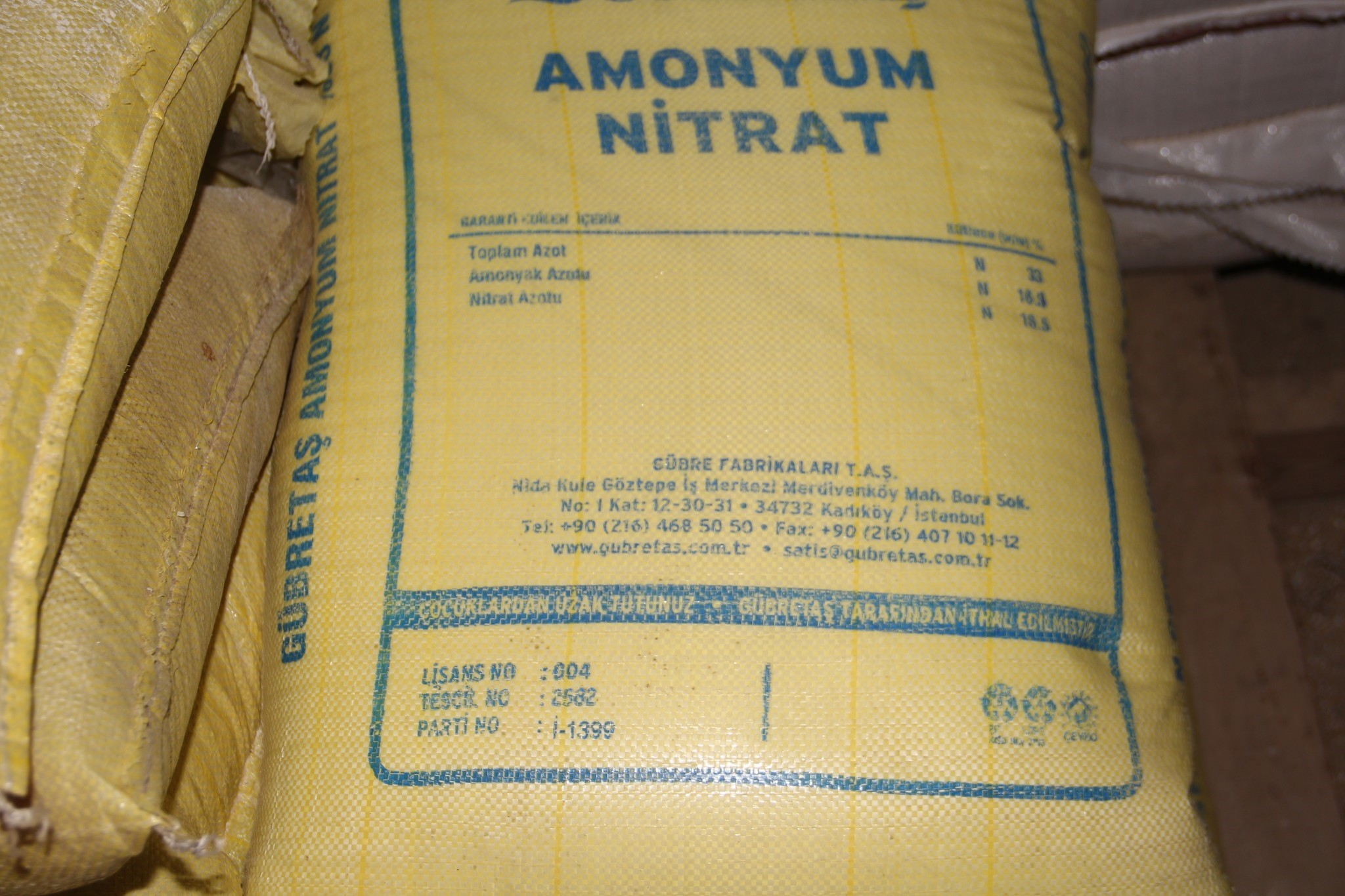 A temporary ban was imposed starting Wednesday on the sale of fertilizers with ammonium nitrate, in the wake of a spate of terrorist attacks that used explosives in which the compound is commonly used.

Since January Turkey has seen a string of suicide bombings in crowded urban centers blamed on the PKK and DAESH which have killed dozens of people. The latest attacks carried out by the PKK killed both police officers and civilians when car bombs were set off. The first hit a bus carrying police officers, causing it to explode in Istanbul's Vezneciler district, and another explosion rocked a police headquarters in the southeastern town of Midyat. A total of 17 people were killed.

The Food and Agriculture Ministry ordered an indefinite suspension on the sale of fertilizers, even though there have already been tough restrictions on their sale, such as a ban on retail sale or the sale of fertilizers with at least 28 percent ammonium nitrate, installation of obligatory tracking chips on packages and registration of buyers with authorities. Reports say the government has been working on new inspections and controls of the sale of fertilizers commonly used in agriculture. Tracking chips will be more prevalent and random chips will be installed in batches of fertilizer packages, additionally a minute-by-minute update will be mandatory for sales of fertilizers to farmers registered with authorities, the Habertürk newspaper reported. Fertilizer importers will also face more frequent inspections, and Habertürk reported that Ankara plans to have overall control of the fertilizer market.

Ammonium nitrate is an explosive ingredient of choice for terrorist organizations due to its availability and massive impact. The explosive is derived from fertilizer mixed with fuel. To increase its impact, terrorists add fuel oil, TNT and other compounds to the substance, along with ball bearings and nails, to increase the damage inflicted.

Authorities will also toughen inspections on liquefied petroleum gas (LPG) cylinders, which can also be used in bomb making, the Habertürk reported.

In a televised interview on Wednesday evening, Agriculture Minister Faruk Çelik said fertilizer use in the country totals 5.5 million tons per year, and fertilizers with ammonium nitrate constitute 1.5 million tons of the total. "There are about 9,700 dealers across the country and our ministry is already regularly inspecting them. We made an inventory of 64,000 tons of fertilizers so far and stopped their pending sales. We are assessing how it would impact agriculture and alternative options for fertilizers with [ammonium] nitrate," he said.