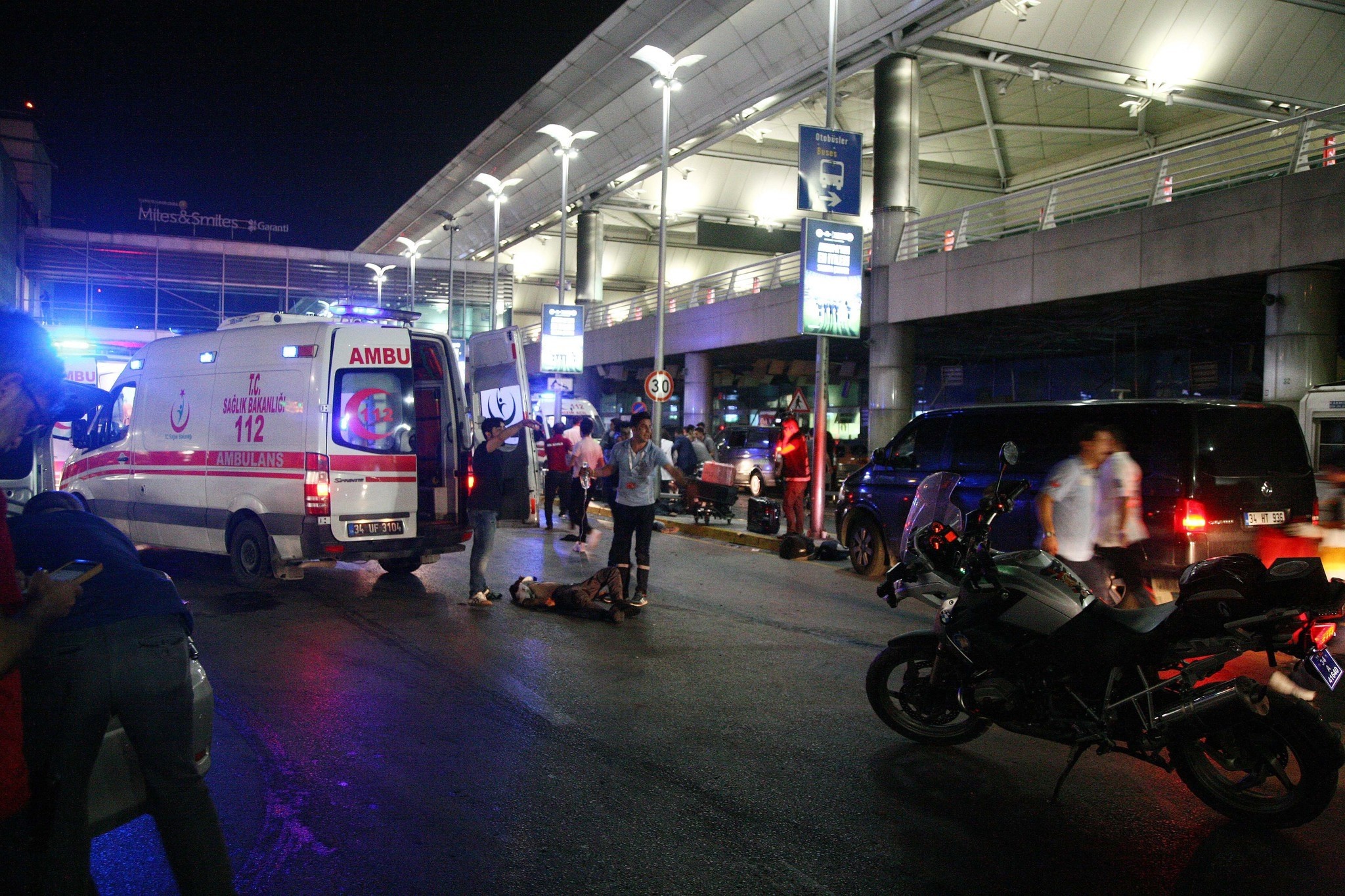 At least 45 people were killed, more than 200 injured Tuesday in a triple suicide bombing and gun attack at Istanbul's main Atatürk airport, in the latest deadly strike to rock Turkey's most-populated city, which had many similarities with the deadly attacks carried out in Brussels in March.

Turkish Interior Minister Efkan Ala said on Thursday there are 19 foreign nationals among the dead.

The foreigners mostly hail from Arab and Central Asian nations and Afghanistan, and at least 23 Turks died. Most of those killed were Muslims.

The assessments show that three suicide bombers carried out the attacks in three different spots at the airport, Istanbul Governor Vasip Şahin said in a statement released after the attack.

Prime Minister Binali Yıldırım said that initial indications suggest the Daesh terror group was behind the attack but the investigation is still underway.

Justice Minister Bekir Bozdağ said that one of the terrorists opened fire on people with an AK-47 automatic rifle and then blew himself up.

PM Yıldırım said the air traffic has returned to normal after the attack.

President Recep Tayyip Erdoğan urged an international "joint fight" against terror after the attack, the fourth deadly bombing in Istanbul this year alone.

According to a Turkish official who spoke to Daily Sabah on the condition of anonymity, security forces fired shots at suspects at the international terminal's entry in an effort to neutralize them.

Eyewitnesses said that they saw some 30 ambulances enter the airport. The wounded, among them police officers, were being transferred to Bakırköy State Hospital.

Prime Minister Binali Yıldırım was briefed by Interior Minister Efkan Ala and Istanbul Governor Vasip Şahin and has ordered the formation of a crisis desk. Yıldırım also arrived at the airport to follow up with the investigation.

Security experts have said that there are striking similarities between Istanbul airport attack and the recent attacks in Brussels airport.

Brussels airport tweeted its condolences, saying: "Our thoughts are with the victims of the attacks at @istanbulairport.

"We wish them, their relatives & all airport staff strength & courage."

Meanwhile, United States Ambassador to Ankara John Bass has sent a tweet condemning the attack. "Horrified by tonight's attack at Atatürk airport. We mourn with the families of those lost, and pray for speedy recovery for those wounded," he said. Meanwhile, the U.S. President Barack Obama was also briefed on the attack.

There have been no claims for the responsibility of the attacks.

11 people were killed in an attack at Istanbul's city center three weeks ago. The attack, claimed by the PKK-affiliated Kurdistan Freedom Falcons (TAK), followed two suicide bombings that hit tourist-heavy areas of Istanbul this year, which were blamed on Daesh.

Located just outside Turkey's biggest city, Atatürk airport served more than 60 million passengers in 2015, making it one of the busiest in the world.