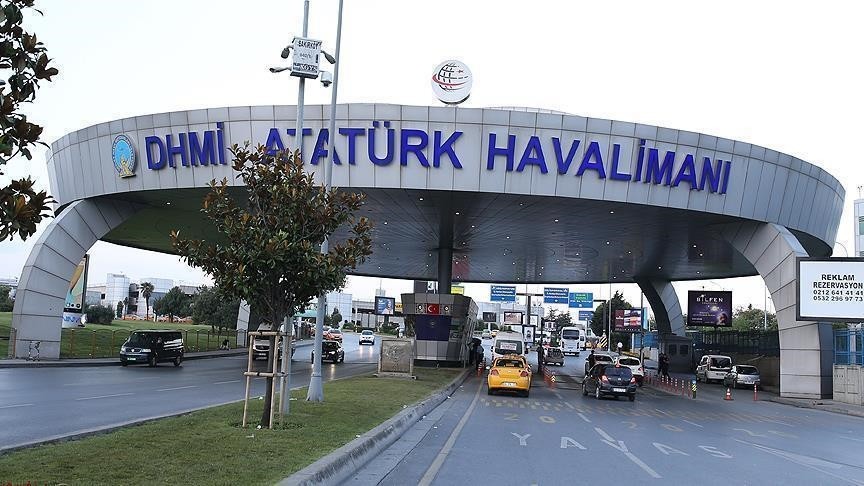 Two of the suicide bombers who attacked Istanbul's main airport this week were named by a source close to the investigation on Friday.

The men and another terrorist who killed himself were previously identified as foreign nationals from Russia's Dagestan region, Uzbekistan and Kyrgyzstan.

44 people were killed and more han 200 were injured in Tuesday's bombings and shootings, which targeted the international terminal of the Atatürk International Airport, one of the world's busiest airports. Prosecutors have identified two of the three suspected attackers as Russians Rakim Bulgarov and Vadim Osmanov, state-run Anadolu Agency said.

Osmanov was identified from a passport photocopy given to a property agent in Istanbul's Fatih district.

Turkish daily Yeni Şafak has said the organiser of the attack, the deadliest in a series of suicide bombings in NATO-member Turkey this year, was suspected to be a Chechen double-amputee called Akhmed Chatayev.

Chatayev is identified on a United Nations sanctions list as a leader in Daesh responsible for training Russian-speaking militants.

He was arrested in Bulgaria five years ago on a Russian extradition request but freed because he had refugee status in Austria, a Bulgarian judge said. A year later he was wounded and captured in Georgia but again released.

Police on Friday detained 11 foreigners in Istanbul on suspicion of belonging to an Daesh cell linked to the attack, bringing the number of people detained in the investigation to 24.

In a separate operation, 17 Daesh militants were detained in the southeastern city of Gaziantep on Friday, the city's governor office said in a statement.

Chatayev lost his arm after being captured by Russian forces during fighting in Chechnya in 2000 and later claimed he was tortured, according to a 2010 statement from Amnesty International, which had called on Ukraine not to extradite him to Russia at the time.

In a statement on Friday, Amnesty said it condemned the attack on the Istanbul airport and said it had opposed Chatayev's extradition on the grounds he faced torture, which was against human rights law.

In 2012, Georgian officials said Chatayev had been wounded in a special forces operation against an unidentified group in the remote Lopota Gorge near the border with Dagestan. The group was believed to be made up of Russian insurgents fighting against Moscow's rule in the North Caucasus.

Chatayev, whose foot was later amputated due to his injuries, was arrested on charges of weapons possession. He denied this and said that he had been sent to the gorge as a negotiator at the request of Georgian officials.

He was released on the orders of a Georgian court later that year and cleared of all charges in January 2013. "He was released lawfully, whether it was a mistake or not," former Georgian interior minister Vakhtang Gomelauri said this year.

In 2011 he was detained by Bulgarian police at the country's border with Turkey as Russia wanted him for "participation in an armed group and for the recruitment of persons for terrorism and for financing terrorism", a Bulgarian judge told Bulgarian national radio on Friday.

However, the Bulgarian court refused to extradite him, saying his refugee status, which had been granted to him in Austria in 2003, remained valid in all countries that are signatories to the Geneva Convention, which includes Bulgaria.

Separately, Turkish security forces detained four Turkish citizens on Wednesday at the Öncüpınar border crossing with Syria on suspicion of membership of a terrorist group, the local governor's office said in a statement.

The four were attempting to return to Turkey from a conflict zone in Syria under Daesh control, it said.