Turkey target of Daesh due to its front-line battle against terror: Turkish ambassador to US 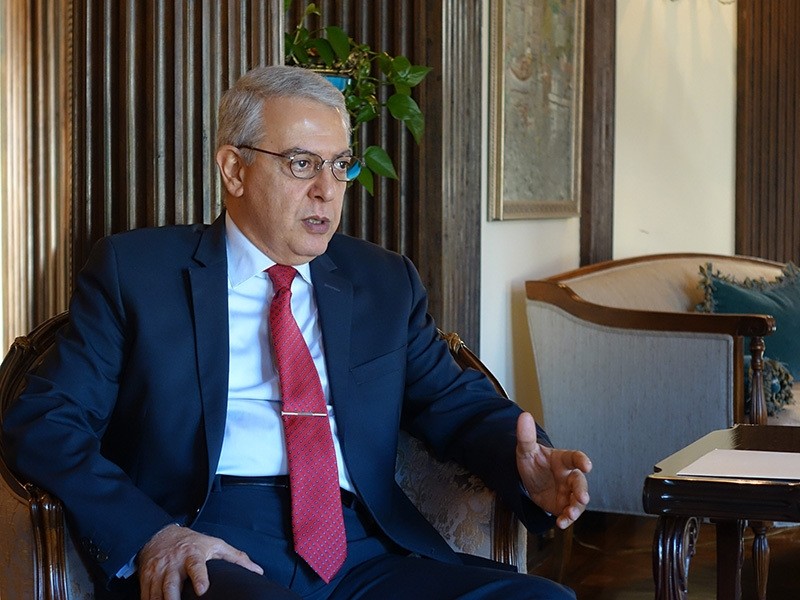 The Daesh terror organization is targeting Turkey due to its position as a front-line state in the fight against the group, argued Turkey's Ambassador to the U.S. Serdar Kılıç in a letter published in the New York Times Thursday.

Rebuffing a Times editorial published last week on the June 28 attack on Istanbul Ataturk Airport which left 45 people dead, Kılıç stated that Turkey has become a target of Daesh because Ankara designated the group a terrorist organization as early as 2013, in addition to Turkey's proven model of embracing universal values with a predominantly Muslim population.

The ambassador said the editorial, which implies that Turkish policy bore some blame for the attack, falls short of explaining it.

"It is true that why Turkey has become a target is not a surprise, but not because of the reasons offered in your editorial," Kılıç said, stressing that Turkey has fought against criminal networks of foreign fighters "often alone" before others even "realized the severity of the problem."

Turning back accusations that Turkey has allowed foreign fighters to enter the country, often en route to Syria, Kılıç said that since 2011, Turkey has put more than 50,000 foreigners from 145 countries on its no-entry list, used risk-analysis units at the airports to check more than 11,000 individuals, deported more than 3,600 foreigners from 98 countries, and detained more than 5,310 Daesh, Nusra Front, and al-Qaeda-affiliated individuals and taken 1,654 into custody.

"Yet on some occasions the suspected Daesh militants, who were deported with proper notification to the authorities of their country of origin, carried out terrorist attacks in … Europe," he said, referring to Ibrahim El Bakraoui, who was deported from Turkey a year before taking part in the Brussels airport attack this March which killed more than 30 people.

"It is therefore blatantly unfair to accuse Turkey of inaction," Kılıç said, stressing that the high numbers of foreign fighters in source countries must be taken into consideration before "reaching unjust conclusions about Turkey."

"It is high time to defeat this global menace, be it in Istanbul, Brussels or Orlando, by standing together," he added.

The paper's unsigned June 29 editorial "Behind the Cruel Attack on Turkey" claimed that the Turkish government long "underestimated" the Daesh threat and only began carrying airstrikes "under American pressure" last year, besides starting to allow U.S. aircraft targeting Daesh to fly sorties out of Turkey.