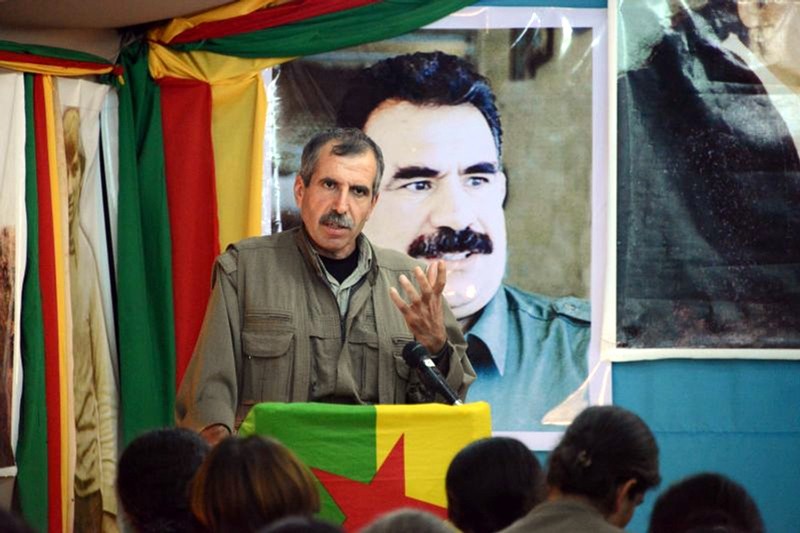 Fehman Hüseyin, one of the main leaders of PKK's armed branch HPG nicknamed "Doctor Bahoz Erdal", was killed in Syria.

He stated that Hüseyin's car was blown up at 8:30 p.m. on Friday, and he was killed along with eight people including his guards, which he described as "good news" for Syrian and Turkish peoples.

Hasekavi said that PKK is an invader at Syrian soil and one of the biggest supporters of Bashar Assad regime. "We present this operation as a gift to Syrian martyrs, veterans and honorable Syrian people being tortured in Syria's dungeons" he said.

Born in 1969, Hüseyin is a Syrian Kurd who studied medicine at university – thus nicknamed 'Doctor' – in Damascus. Following PKK's leader Abdullah Öcalan's capture in 1999, he shared the leadership of the terrorist organization with Murat Karayılan and Cemil Bayık and was among the figures included in Turkey's most wanted list. He commanded the armed branch HPG particularly and known as the mastermind of bloody attacks against Dağlıca and Aktütün military outposts.

Since the outbreak of the Syrian civil war, Hüseyin has reportedly served as the main intermediary between PKK leadership and PYD, which is regarded by Turkey as the Syrian offshoot of the terrorist group.

Known for his opposition to dialogue and peace negotiations with the Turkish state, Hüseyin was also the alleged leader of Kurdistan Freedom Falcons (TAK) group, which is claimed to have split from PKK to pursue more violent tactics. TAK also deliberately targets Turkish resort towns and historic landmarks to hinder Turkey's tourism sector.

Active since mid-2000's, TAK was blamed for suicide and car bombings against civilian targets, which had increased since the end of the reconciliation process between Turkey and PKK in July 2015. Here are recent attacks claimed by TAK:

Before the recent surge in attacks, TAK had claimed at least 11 attacks between 2005 and 2011 in large Turkish cites and resort towns, killing and injuring dozens of civilians.

The PKK is listed as a terrorist organization by Turkey, the U.S., the EU and NATO, however, the U.S. conducts joint operations with PYD against Daesh terrorists on the ground in Syria.

Since PKK resumed its armed campaign against Turkey in July 2015, nearly 600 security personnel, including soldiers, police officers, and village guards, have been killed. In response, more than 5,000 PKK terrorists killed in operations across Turkey and northern Iraq.