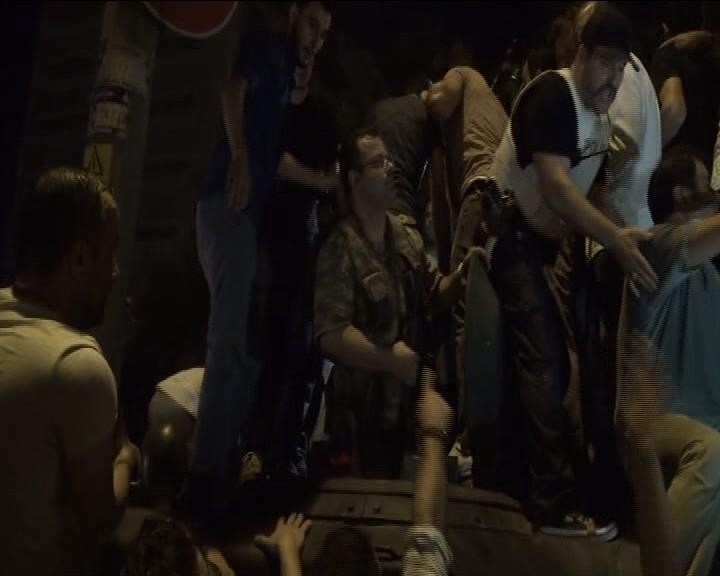 A former police chief from the Istanbul Police Department was found in one of the seized tanks in Istanbul on July 15 during the failed coup attempt by a Gülenist faction within the military.

According to Turkish media, Mithat Aynacı, who was in charge of the security unit three years ago and had left his duty after the Dec. 17 and Dec. 25 2015 coup attempt, was found in a tank on Istanbul's Vatan Avenue. He was reportedly wearing a police uniform and took part in attempting to take over the police department.

Aynacı was taken to the Istanbul Police Department's counter-terrorism branch for initial investigation.

He had reportedly resigned from duty on Jan. 29, 2014 due to health reasons after the Dec. 17-25 coup attempt investigation launched against Gülenists last year. Later, Aynacı petitioned to return to his position, but he was not given a duty.

The Dec. 17 and Dec. 25 events that targeted government officials and their relatives, which is suspected to have been carried out by prosecutors and police officers linked to a clandestine network run by Gülen, have been labelled coup attempts to overthrow then Prime Minister Recep Tayyip Erdoğan's democratically elected government.

The Gülen Movement has been tagged the Gülenist Terror Organization (FETÖ), and also dubbed the "parallel structure" in records by many Turkish state institutions including the Interior Ministry, Security General Directorate and Istanbul Police Department. The "parallel structure" refers a group of Gülenist bureaucrats and senior officials embedded in key posts of the country's institutions, including the judiciary and police, and it is accused of infiltrating these institutions through cheating and blackmail.

The group is also accused of using counterfeit documents and illegal wiretapping to launch probes against its adversaries through its links in the judiciary and police.