Over 10,000 detained after Gülenist coup attempt in Turkey 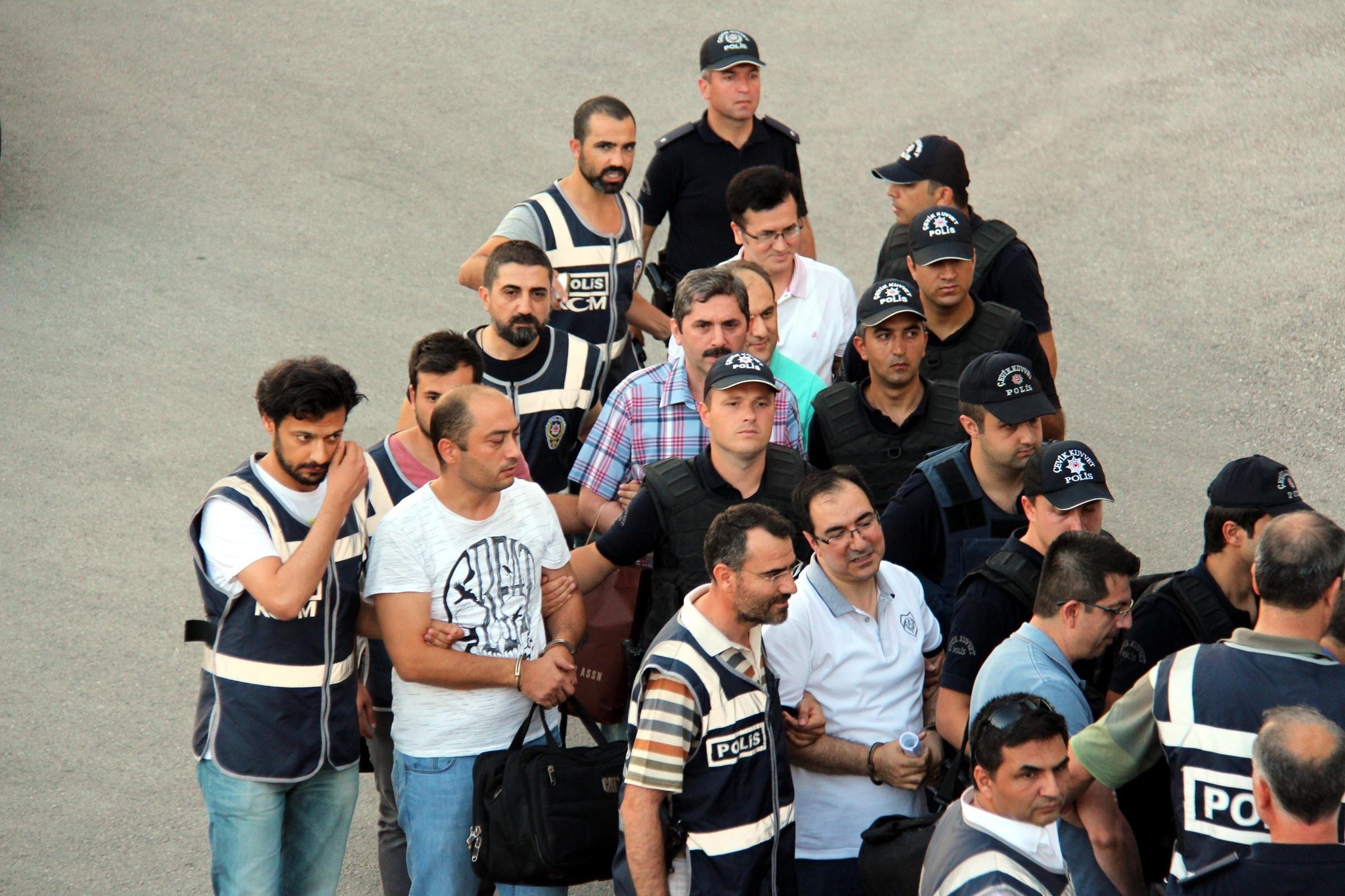 More than 10,400 suspects have been detained so far in the wake of last Friday's failed coup, the Justice and Development (AK) Party deputy chairman said on Thursday.

In addition, the spokesman said that U.S. Vice President Joe Biden made a phone call to Turkey's Prime Minister Binali Yildirim and said Ankara's official request for the extradition of Fetullah Gulen, a key suspect being linked to Friday's failed coup attempt, will be examined closely and as soon as possible.

"Biden called our prime minister due to the coup attempt and conveyed his wish to get past it," he said.

On Tuesday, Turkey's prime minister confirmed that an official request had been sent to the U.S. for the extradition of Fetullah Gulen who resides in Pennsylvania.

Chairing the ruling Justice and Development (AK) Party group meeting at the parliament in Ankara, Binali Yildirim criticized the U.S. for "insistently" asking Turkey to provide evidence of the Pennsylvania-based cleric's involvement in the attempted coup before extraditing him.

Moreover, Aktay said he had "difficulty understanding" Europeans' criticism of Turkey's state of emergency which was approved by the parliament Thursday for a period of three months.

Touching on the main opposition Republican People's Party (CHP)'s planned rallies, he said that the AK Party was invited to this Sunday's rally which will be held in Istanbul's Taksim Square.

"We got invitation from CHP. Thank you so very much. We will go to the rally," he said.

At least 246 people, including members of the security forces and civilians, were martyred in Istanbul and Ankara, and over 1,500 others were wounded as they protested the coup.

Turkey's government has said the attempted coup was organized by followers of Fetullah Gulen, who is accused of a long-running campaign to overthrow the state through infiltrating Turkish institutions, particularly the military, police, and judiciary, forming the so-called "parallel state."

* Hatice Kesgin contributed to this report from Ankara.