What happened in Turkey during July 15 failed Gülenist coup attempt? 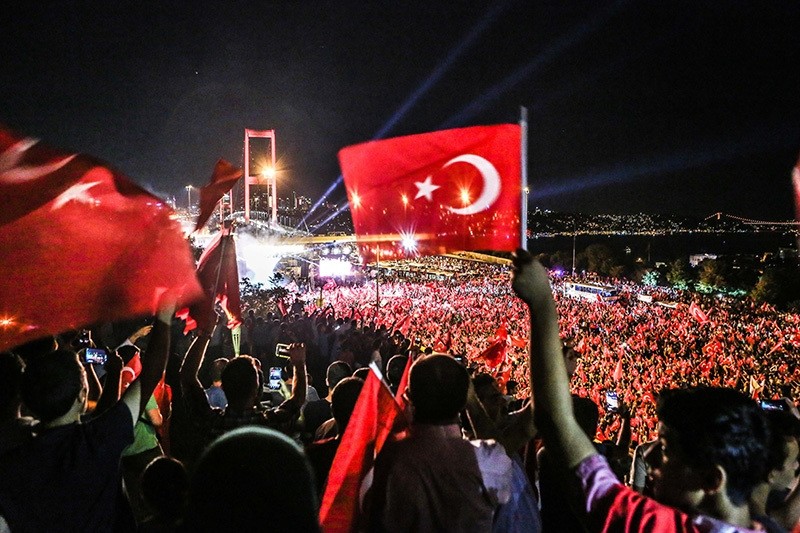 The video shows a timeline of the events which took place during the failed Gülenist coup attempt on Friday, July 15.

The attempted coup by the Gülenist faction within the Turkish military to overthrow the government began at around 10 p.m. local time (1900GMT) on July 15, but it was defeated after people took to streets upon President Recep Tayyip Erdoğan's call to protect their democracy.

On July 16, the attempt was mostly thwarted by 8 p.m., although the threat of new waves remained serious.

At least 246 people were martyred and 20 pro-coup servicemen killed and more than 2,100 injured.

Since then, people across Turkey, from diverse political, social, ethnic, and religious backgrounds, have shown their support to the democratically elected government and Turkish democracy by remaining on streets.

According to the government, the coup was organized by followers of U.S.-based Fetullah Gulen, who is accused of pursuing a long-running campaign to overthrow the government through supporters within the Turkish state, particularly the military, police and judiciary.