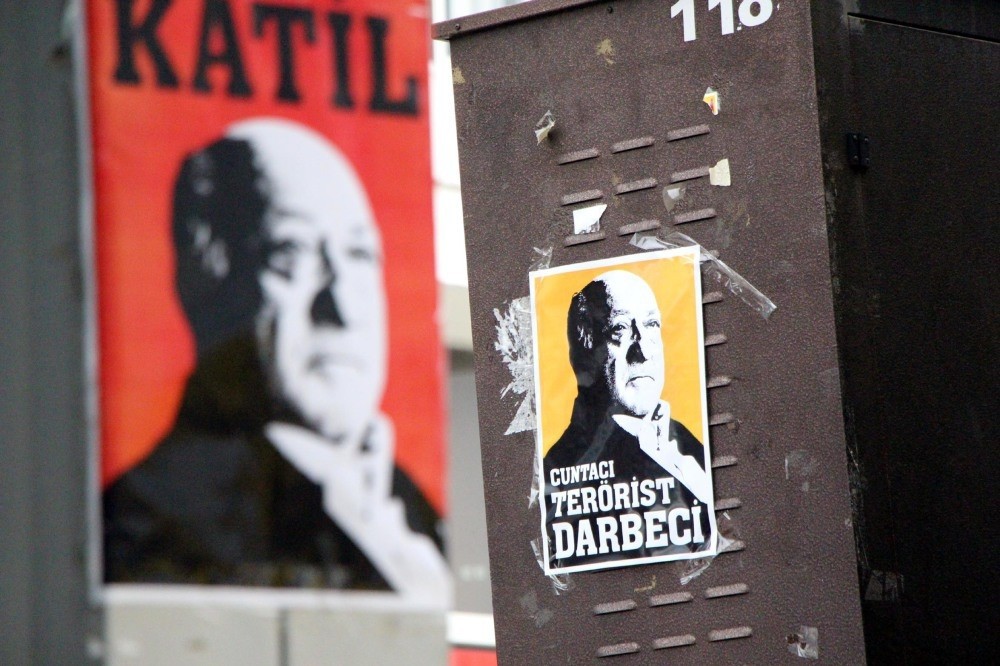 The Gülen Movement, which refers to itself as a peaceful movement, is accused of committing serious crimes, including attempting to overthrow the government through the infiltration of state institutions. The July 15 coup attempt by its affiliated members in the military became the last straw for the gov't

The Turkish state foiled a military coup attempt by followers of U.S.-based, fugitive, retired imam Fethullah Gülen on July 15. From opening schools in over 100 countries and claiming to promote interfaith dialogue, the organization led by Gülen deceived millions of people to empower its presence within the Turkish state and in the international arena. The 77-year-old terrorist leader, who has lived in the U.S. since 1999, played the leading role in major incidents that shook the country. He even obtained his passport through illegal means, as Gülen was able to get over 20 references that helped him stay in the U.S. His references include Graham Fuller, former vice chairman of the CIA's National Intelligence Council, who now tries to whitewash Gülen in articles in major news outlets.

It is worthy to note that Gülen, who claims to base his organization on dialogue between and tolerance of different religions, previously made radical remarks encouraging Muslims to destroy "infidels." Gülen's call for taking violent action against non-Muslims can be traced to a recording of a sermon that he gave in the 1980s following the 1980 coup, when he left the city of İzmir and traveled to different cities in Anatolia.

"A believer should be like a bomb even if the United States of America opposes them! They should continue by exploding and smashing the head of the infidel!" Gülen screamed, accompanied by a mixture of lamenting and screaming from the audience. He encouraged the screams by saying that the voice of believers should move heaven and earth, telling them to roar. 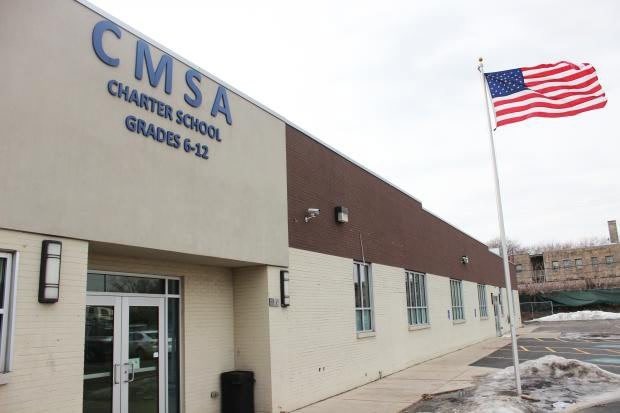 In the recording, Gülen says: "We will ruin the plots of America and reveal their true side." These are particularly remarkable, radical and controversial sentiments given that he has been living in the U.S. in self-imposed exile since 1999. "We will turn the U.S.'s games upside down in the next five to 10 years," Gülen says in the sermon.

Two points must be made to understand how Gülen reached a point to attempt a military coup in Turkey. First, when he preached these words, the country had just gone through a military coup that Gülen supported, and he publicly announced his support for the junta in an article published in his organization's Sızıntı magazine. Second, the person who talks about smashing the head of the infidel attempted a coup that killed 246 people.

Following his failure to take control of the country, ending his dreams of returning to Turkey on a private jet and being greeted by the junta like Iran's first supreme leader, Ayatollah Ruhollah Khomeini, Gülen made striking comments. Not only mocking the 246 people who were killed by the coup soldiers, he laughed at the incident and reiterated that he is happy to live in the U.S. and that the treatment he receives from American authorities pleases him.

Charter schools linked to the Gülen Movement in the U.S. are already facing several probes by the FBI in four states, although the FBI remains quiet regarding the process of the probes that reportedly concern improper business practices by the charter school chains, the largest of their kind in the country. Several schools affiliated with the movement have already closed. Since the coup attempt, the Turkish state has closed down hundreds of Gülen schools and dozens of Gülen Movement-affiliated universities. Almost all of these institutions were already under investigation, but the strong presence of Gülenist infiltrators in the judiciary and other parts of the state apparatus assured the investigations would continue at the slowest pace.

When asking a random person in a Turkish village if they know a member of the Gülenist Terror Organization (FETÖ), they would easily point to a member of their family or relative and explain how that person joined the organization. The majority of recruits start when Anatolian families are deceived by members of the organization who promise to raise their children according to the morals of their faith to be useful citizens of the country.

Bureaucracy: No need for a political party to fiddle

Looking at all the developments since the 1970s, including coups in 1980 and 1997, which were supported by Gülen, it is seen that Gülen did not establish a political party and lent support to those who were in power. However, his stance of siding with the ruling party ended when he thought he had become powerful enough due to having agents in all segments of the state to topple the government in 2013. When considering the ouster of the main opposition leader through a sex tape scandal, wiretapping thousands of people, including top government and military officials, and infiltrators in all political parties, Gülen thought it was time to have complete power over politics and the bureaucracy.

He then started looking for new allies, from ultra-nationalist figures to leftists and pro-Kurdish politicians. Although his followers in the judiciary sent thousands of Kurds to prison in the famed Kurdish Communities Union (KCK) case in 2011 and 2012, Gülen and his media extended support to a political party representing these people in the latest elections. The sole aim was to curb support for the ruling Justice and Development Party (AK Party) that fights to cleanse the Gülenist "virus" from the country. 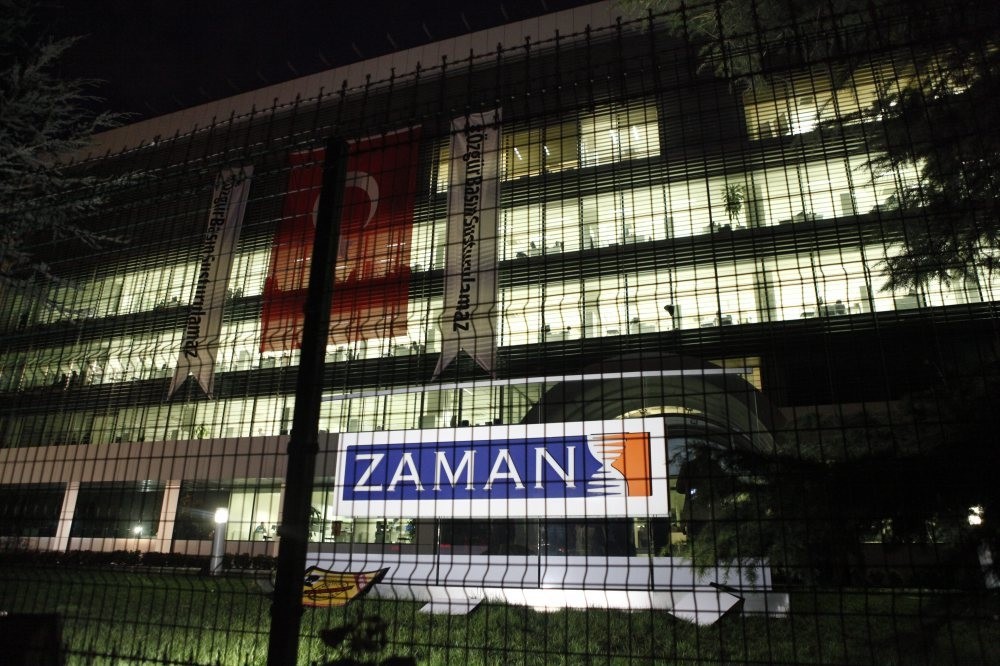 Building of Zaman newspaper, who was once FETÖ-linked and a trustee appointed later on

Promoting itself as the newspaper with the widest circulation for years, the Zaman newspaper was little more than a mouthpiece of a secret group of Gülenist conspirators led by Gülen that sold a few copies to the public and created a phantom readership through manipulation and coercion. It was not only Zaman that the movement had, it had dozens of dailies, magazines and TV and radio stations to use for its manipulations. Media exposed Gülenists' false claims of having the best-selling newspaper and videos showed that Gülenist executives were recycling most of the print copies even before newspapers reached readers.

However, although the numbers were false, the organization was able to open doors for itself in Turkey and abroad by saying that it had the best-selling newspaper.

Anyone in Turkey has the right to defend their stance with their media, but what the FETÖ did was create false agendas, targeting all those who stood in its way and silencing critical people. The then editor-in-chief of Zaman, Ekrem Dumanlı, in a televised interview in September 2015 said that either President Recep Tayyip Erdoğan would leave by his own free will or he would be pushed to leave the post. 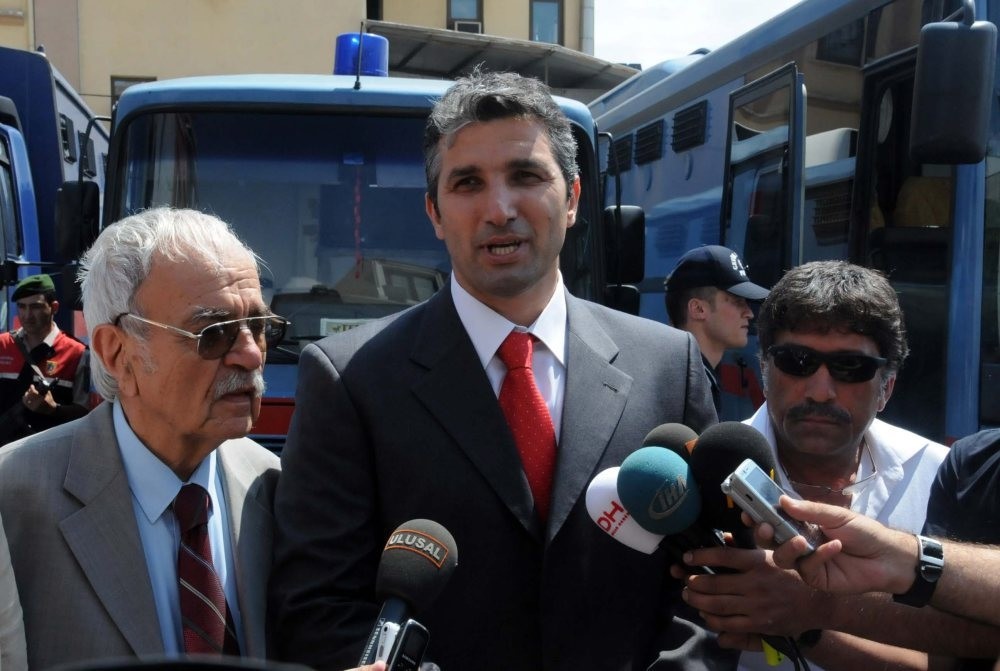 Imprisoning critics with sham trials by prosecutors and judges linked to the organization was something that frightened almost everyone in Turkey. Most notably, journalists Ahmet Şık, Nedim Şener and former Police Chief Hanefi Avcı were jailed for releasing books critical of the Gülen Movement. Released after prolonged sentences without reasonable cause, Şık, Şener and Avcı claimed they were targeted by Gülen Movement-linked prosecutors and judges who leveled charges of being members of a terrorist network without any concrete evidence.

On Aug. 15, Gülen Movement-affiliated figures commented on the increasing likelihood of early elections after coalition talks failed, making allusions to a coup attempt to end the impasse. On her Twitter account, Sevgi Akarçeşme, a columnist with Zaman and it English language Today's Zaman, posted a tweet that said: "Thanks to AKP for proving the argument that Islamists come with elections but do not go with elections!" Bekir Çınar, a Gülen Movement-affiliated academic, responded to her, saying: "The AKP leaves power either by streets or military intervention."

The movement targeted the Tahşiye group, a branch of the Nur Movement, and its members were imprisoned with false evidence and labeled terrorists by suspected movement-linked police officers and prosecutors. The group and its leader, former imam Mehmet Doğan, are known for their opposition to the Gülen Movement and have a firmer stance against interfaith dialogue than other movements.

Fenerbahçe football club Chairman Aziz Yıldırım and six other suspects were accused of match-fixing in the 2011-12 season, but were later acquitted of all charges. Yıldırım was released from prison two years later. He claimed that the case was "a plot" against him by the FETÖ. In an August interview with Turkish media, Yıldırım slammed prosecutors linked to the FETÖ, claiming they fabricated the allegations against him in the case. The match-fixing trial was the culmination of an investigation by Prosecutor Zekeriya Öz. Öz, who fled the country in September, is linked to the FETÖ.

Gülenist infiltrators have also been accused of forging evidence in the Balyoz (Sledgehammer) case in which the Supreme Court sentenced the defendants, who were accused of attempting a military coup, to prison sentences of six to 20 years in September 2012. All defendants were freed after a Constitutional Court verdict in June 2015. The defendants had claimed that all documents implicating them in the case were forged. One of the most striking allegations about the forged evidence is that an allegedly authentic Microsoft Word document detailing the coup plan conceived in 2003 was written using a 2007 version of the word processing software. The FETÖ has also long been claimed to be behind a murder plot and was accused of trying to shift the blame for the murder on to Ergenekon, an alleged gang of generals, journalists and several other prominent figures imprisoned in a trial conducted by Gülenist prosecutors.

Gülen's use of superstitions criticized

The FETÖ's promotion of superstitions, sorcery and dreams has been particularly criticized, as many critiques claim the movement is withdrawing from reality to avoid facing the fact that their strength is decreasing as they are economically, socially and psychologically shrinking.

Last year, leaked recordings of Gülen's phone conversation with an official from the pro-Gülenist Turkish Confederation of Businessmen and Industrialists (TUSKON) became controversial. In the phone conversation, the official tells Gülen that the Prophet Muhammad told him to double the amount of tweets, and Gülen responded: "Do whatever he tells you to do."

His followers also claimed that the prophet was present at the Turkish Olympics organized by the FETÖ. This claim was published in an online article, which says that Gülen received many letters about the prophet attending the Turkish Olympics. "Believe me, our beloved prophet has honored our organization," Gülen was quoted as saying.
Last Update: Jul 24, 2016 8:46 pm
RELATED TOPICS