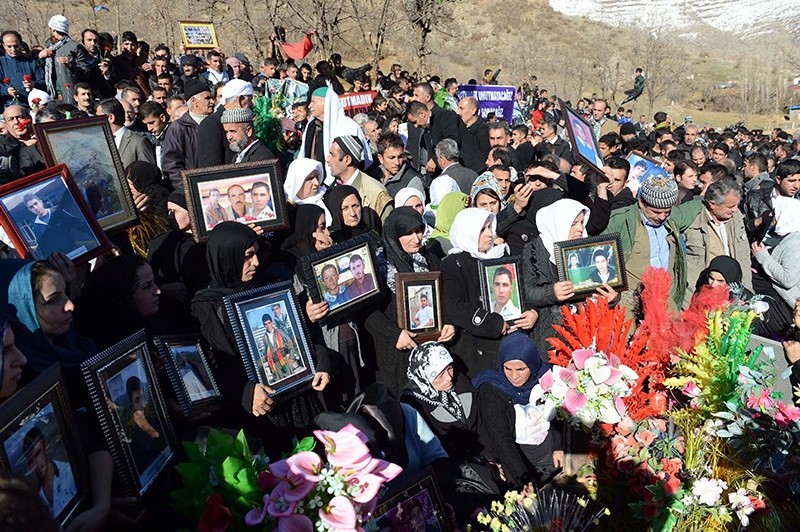 Energy and Natural Resources Minister Berat Albayrak said both the Uludere massacre and downing of the Russian jet in November of last year will be reconsidered because of the latest coup attempt and the Gülenist Terror Organization (FETÖ) infiltration of the Air Force.

Speaking on Habertürk TV on Tuesday, Albayrak said: "What happened at Akıncı Air Base and air force command will lead to new questions for us. Our prosecutors will also evaluate those incidents. I think both the Uludere incident and the shooting down of the Russian jet on Nov. 24 will be re-investigated. Our citizens have already asked which abnormalities exist in these issues."

Uludere was the scene of an air raid by the Turkish Air Force, which killed 34 smugglers on Dec. 28, 2011, who were smuggling oil and cigarettes between Turkey and Iraq, but were mistaken for PKK militants. The Turkish Armed Forces (TSK) made a statement at the time and said they the smugglers were "terrorists."

An investigation was launched into several generals and commanders related to the incident, but all charges were dismissed in January 2014, and the case was closed.

However, among those who were arrested for suspected links to the FETÖ-led coup attempt, Abdullah Baysar, the 23rd Gendarmerie Border Division commander in Şırnak, is suspected of being affiliated with the perpetrators of the incident. At that time, Baysar, who was promoted to his current rank in the Army in 2014, was a brigade commander in the town of Şenoba in Uludere. Turkish media reported previously that he had quarrels with local victims of the Uludere incident.