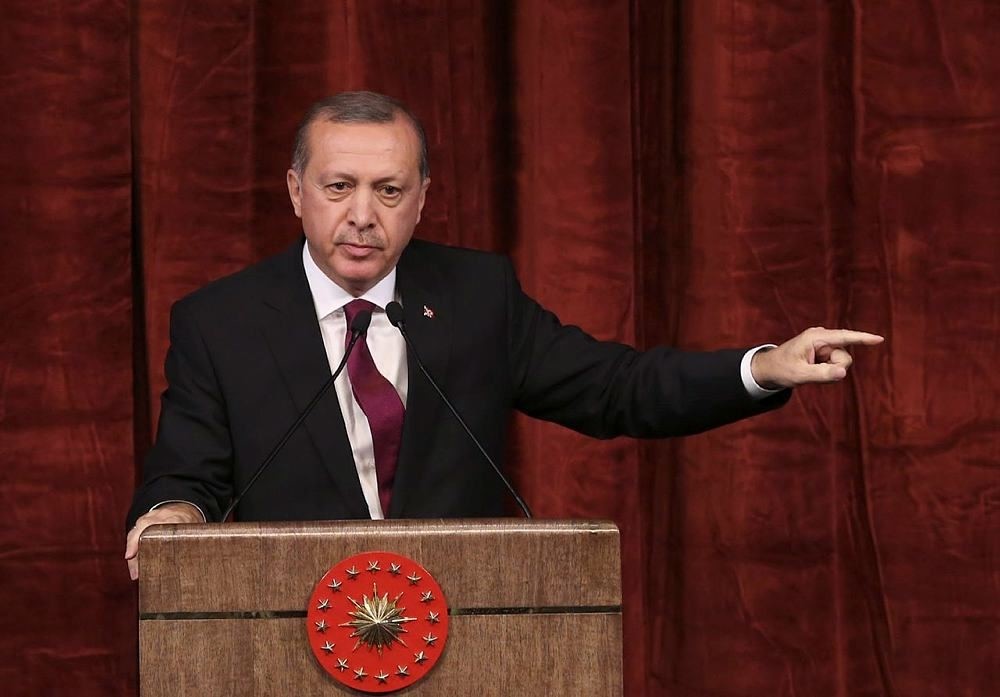 President Recep Tayyip Erdoğan slammed European Union countries and other Western states for their indifference towards the casualties caused by the July 15 coup attempt in Turkey, perpetrated by a small junta embedded in the Turkish Armed Forces.

"No representatives of the EU, the EP or other western institutions have come to Turkey to offer their condolences so far," he said, referring to all the people killed by the members of the Gülenist Terror Organization / Parallel State Structure (FETÖ/PDY) during the failed coup.

Speaking at the presidential palace in Ankara for the commemoration of those killed and wounded during the coup attempt, Erdoğan also lashed out at Turkey's so-called allies, saying: "No country is our ally when they're more concerned about the fate of the putschists while not being worried about Turkey's democracy, the lives of our people, its future."

During his speech, the president also shared latest figures of the victims in the failed coup.

He added that "Each of the 237 martyrs killed on July 15 will be monumentalized."

Underlining that Turkey has always stuck with the rule of law no matter the occasion, Erdoğan vowed to take all steps "within the limits of the law" for the legal retribution of the perpetrators of the coup.

"Even during the coup attempt process, we have not made the slightest compromise with the law. Every step we have taken, every decision we have made, every implementation we have launched, it has been under the constitution [and the country's] laws."

He said the post-coup attempt measures being carried out in the country's institutions such as the parliament, National Security Council, council of ministers and others ministries were in line with the law.

"If deficiencies [and] mistakes stemmed from this extraordinary period occur, then a legal path is available," Erdogan said.

Criticizing those who are taking advantage of the political instability in the Middle East, he said: "We will put an end to the games played over Syria, Iraq and Libya."

Stating that the defense industry should be completely nationalized, he added: "Turkey should rely on its own industry, sources and power."

Erdoğan also added that he'll withdraw all lawsuits -which amount to about 2,000 cases- for insulting him as a one-off gesture, a move which he said was triggered by feelings of unity against the coup attempt.

Military troops loyal to the government, along with police units and millions of Turkish citizens, succeeded on July 15 in quelling a coup attempt, launched by a small military junta linked to the FETÖ/PDY terrorist organization, starting from mid-afternoon on Friday.

Turkey's government has repeatedly said the deadly coup attempt, which killed more than 230 people and injured nearly 2,200 others, was organized by U.S.-based preacher Fetullah Gülen's followers and the Fetullah Terrorist Organization (FETO).