Daily Sabah Centre for Policy Studies, the think-tank extension of Daily Sabah, published a special report regarding the July 15 failed coup attempt perpetrated by a small junta embedded in the Turkish Armed Forces. In the report, the role of the Gülenist Terror Organization / Parallel State Structure (FETÖ/PDY) and its leader Fetullah Gülen's role in the failed coup is clearly explained.

Military troops loyal to the government, along with police units and millions of Turkish citizens, succeeded as of Saturday morning in quelling a coup attempt, launched by a small military junta linked to the Gülenist Terror Organization (FETÖ), starting from mid-afternoon on Friday. 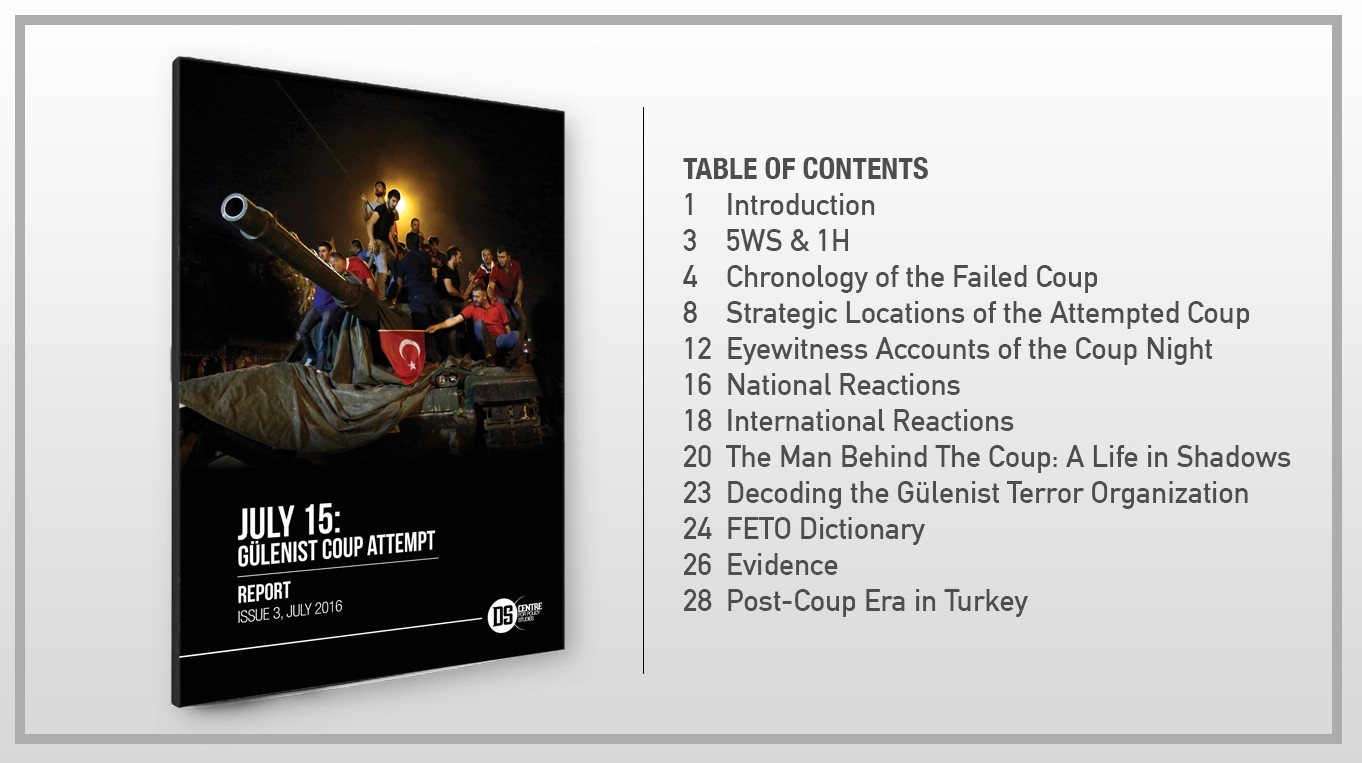