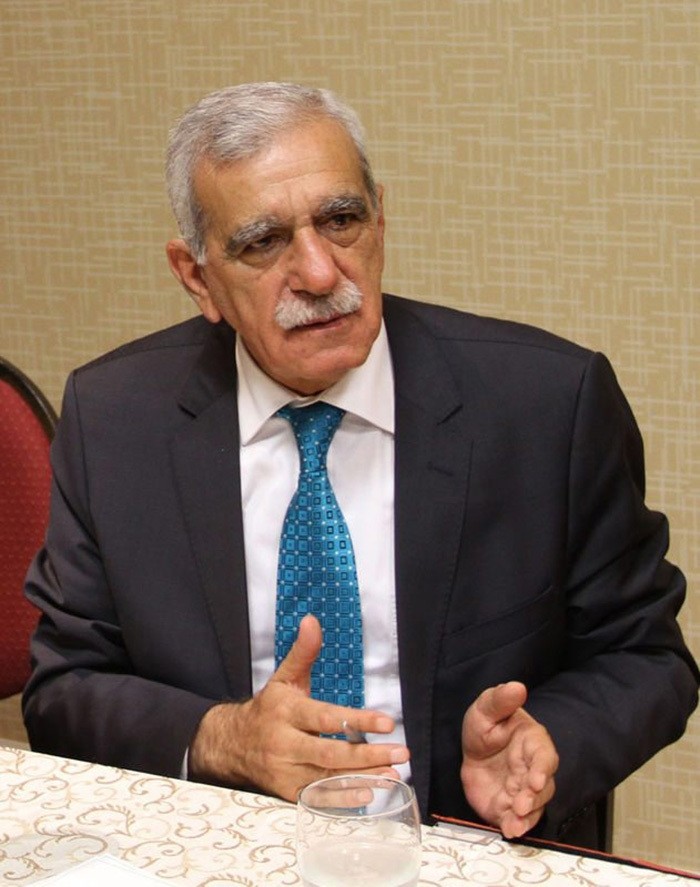 A footage showed residences and shop owners in terror-hit Nusaybin district of Turkey's southeastern Mardin province protested the Mayor of Mardin Metropolitan Municipality and Peoples' Democratic Party deputy during a visit on Monday.

Mayor Ahmet Türk and HDP Deputy of Batman province Mehmet Ali Aslan paid a visit to the district upon lifting the imposed curfew by the government.

In the video a man protests Mayor Türk, who visits his shop, saying: "You made us refugees. You brought us to ruins. You put us to shame. We don't want Kurdishness like this."


Meanwhile, another woman interacts with the group with Mayor Türk and HDP deputy, saying: "I was in Batman province for six months. The municipality did not help me even a little bit. You turned your backs on us. You all just sit on your chairs."

After June 7 elections, many Kurdish citizens in the southeastern provinces have protested against the HDP amid rise in PKK terror and violence, saying they neglected their demand of solving the Kurdish issue in the parliament through democratic means.