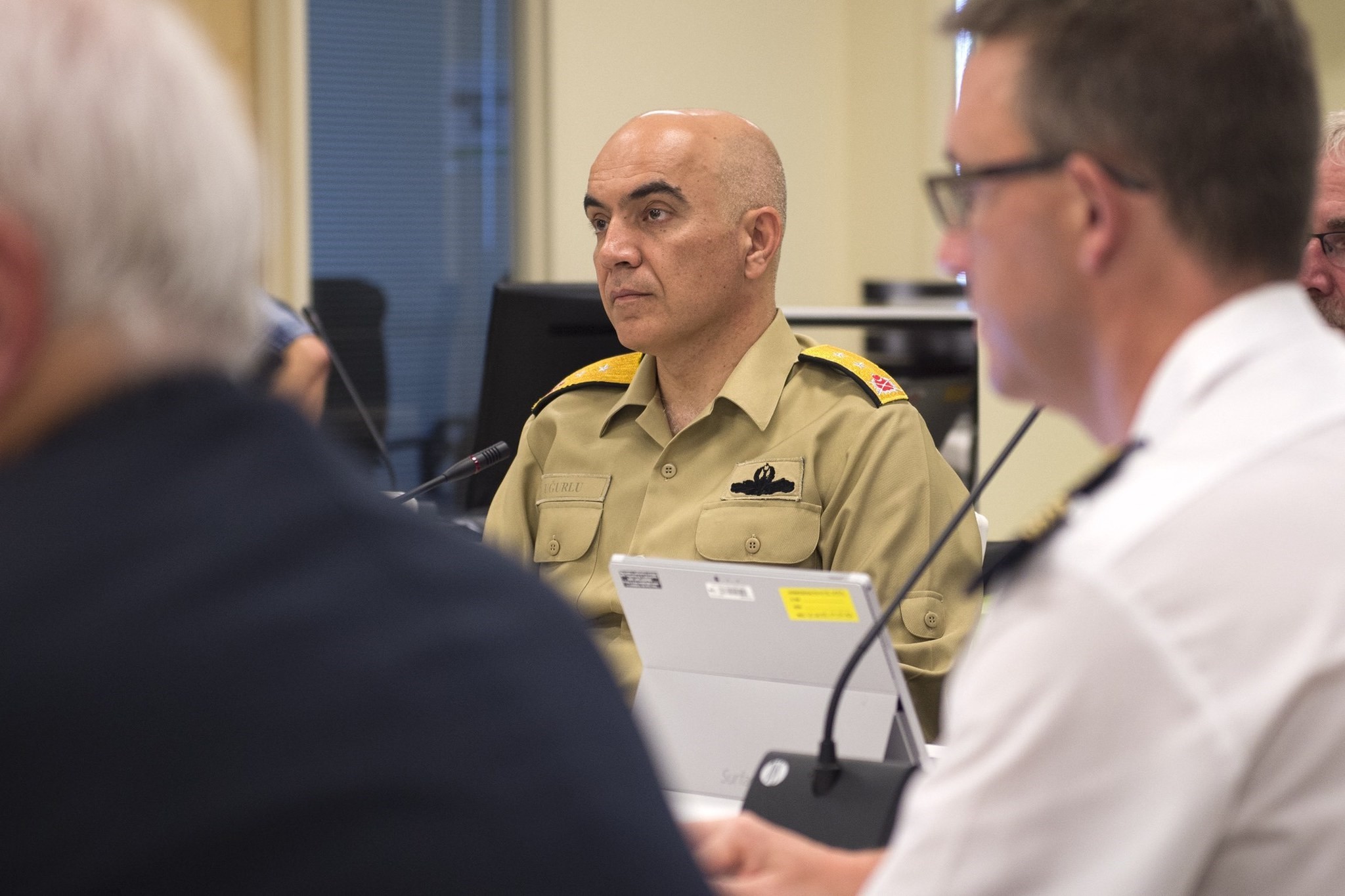 A Turkish military admiral, who was reported to have sought asylum in the U.S. where he was stationed for a NATO assignment, was found to have attended a NATO meeting on July 26, days after he disappeared on July 22.

According to the report of Turkish daily Hürriyet, Turkish Navy Rear Admiral Mustafa Uğurlu, who was reported to have sought asylum from the U.S. and went into hiding by Anadolu and Reuters news agencies based on American and Turkish officials, attended to a NATO meeting on July 26.

The report showed a NATO press release as proof of Uğurlu attending the meeting.

According to the article penned by U.S. Navy Mass Communication Specialist Abraham Essenmacher and released by the NATO Allied Command Transformation's website, Uğurlu was among the participants of the NATO Industrial Advisory Group (NIAG) meeting held on July 26 and 27 at the Innovation Research Park and Headquarters Allied Command Transformation (ACT) in Norfolk, Virginia.

A photo captured by Essenmacher shows Uğurlu, who was holding the post of "Assistant Chief of Staff for Command and Control, Deployability and Sustainability," attending the meeting on July 26.

Uğurlu was among the military figures who were summoned to testify before Izmir Public Prosecutor Okan Bato in the probe launched against Gülen terror-cult linked military espionage case. The case, initiated by FETÖ-linked police officers and prosecutors, is reported to have aimed to clear the way for the rise Gülenist officers by charging non-Gülenist officers with espionage using fake evidence.