PYD kidnaps Kurdish politicians near the Turkish border in Syria 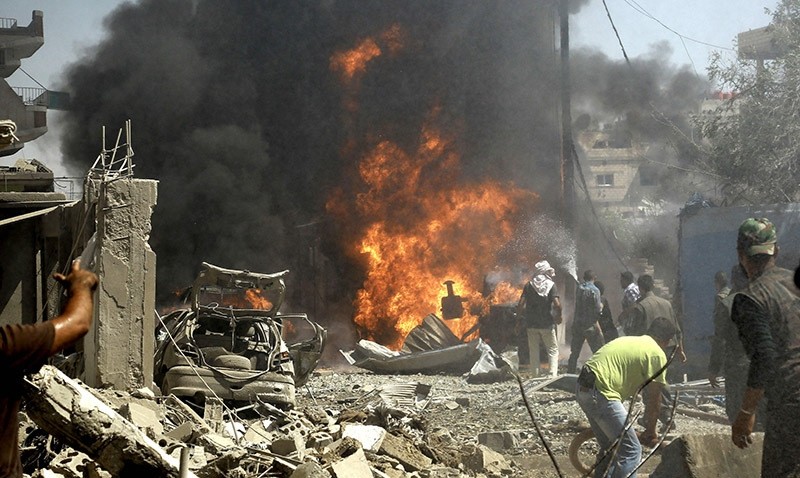 According to reports, Biro and a member of the Kurdistan Democratic Party of Syria (PDKS), Suleyman Oso, were kidnapped by the PYD in al-Qamishli in Syria's Al-Hasakah Governorate following a conference they had attended.

Nuri Birimo, a senior member of the PDKS told the Anadolu Agency that guerillas from the PYD prevented them from participating in political activities and closed their party buildings.

"They even closed the PDKS party building in al-Qamishli," he said, and added that the PYD sees the Syrian Kurdish National Council as a threat to its existence and oppresses them for not obeying orders.

"We will not be under the control of the Assad regime, Iran, the PYD or the PKK," Birimo said.

The PYD has kidnapped Kurdish politicians and figures who criticized them for a number of reasons, including the use of children fighters and collecting ransoms from businesses.

Turkey considers the PYD and its armed branch the People's Protection Units (YPG) as the Syrian offshoot of the PKK terrorist organization.

The ENKS is a coalition of 12 Syrian Kurdish parties and known to oppose the PYD after the group became more dominant in northern Syria.

The PDKS in the Syrian branch of Iraq Kurdistan Regional Government's (KRG) ruling party is led by Massoud Barzani.