Indictment drawn up against HDP leaders for terrorist propaganda in Turkey 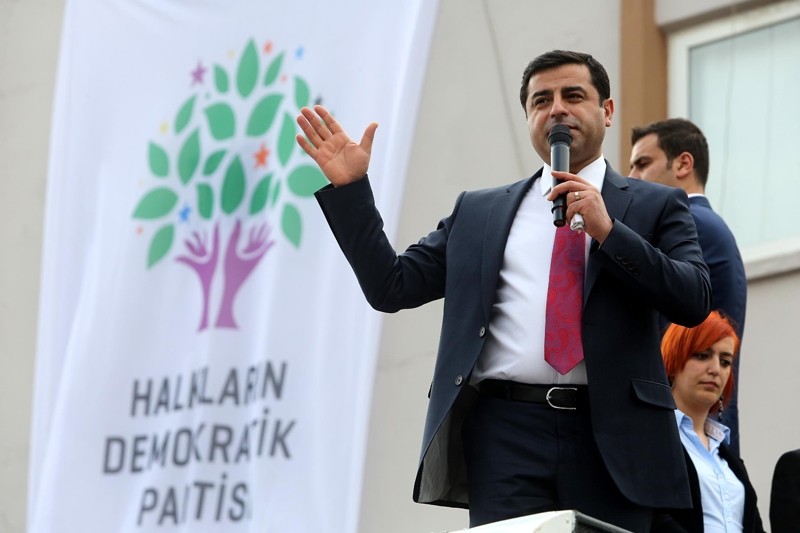 A prosecutor in southern Turkey has prepared an indictment seeking a jail term of up to five years for the co-leaders of the opposition Peoples' Democratic Party (HDP).

In a statement released Sunday, the Adana Chief Public Prosecutor's Office said charges of promoting terrorist propaganda and insulting the state had been laid against Selahattin Demirtaş and Figen Yüksekdağ, as well as Meral Danış Beştaş, a party lawmaker for Adana.

A charge of promoting terrorist, namely the PKK, propaganda against Demirtaş relates to a speech he gave during an HDP congress in Adana province in October 2011 while Yüksekdağ is accused of insulting the government in an address in Ankara in October last year.

The charges follow a decision to lift some lawmakers' immunity from prosecution in May.

On Friday, an Istanbul prosecutor released an indictment against Demirtaş and HDP deputy Sırrı Süreyya Önder for promoting terrorist propaganda that also sought imprisonment of up to five years.

The indictments must be presented to a court and, if they are accepted, prosecutions will be launched.

Unlike the Istanbul case, the charges in the Adana indictment fall outside the period of the "solution process", when the government was seeking to resolve the Kurdish conflict through negotiations with the PKK leadership.

The PKK, listed as a terrorist organization by Turkey, the U.S. and the EU, resumed its 32-year armed campaign against the Turkish state in July 2015, since when more than 600 security personnel have been martyred and more than 7,000 PKK terrorists killed.