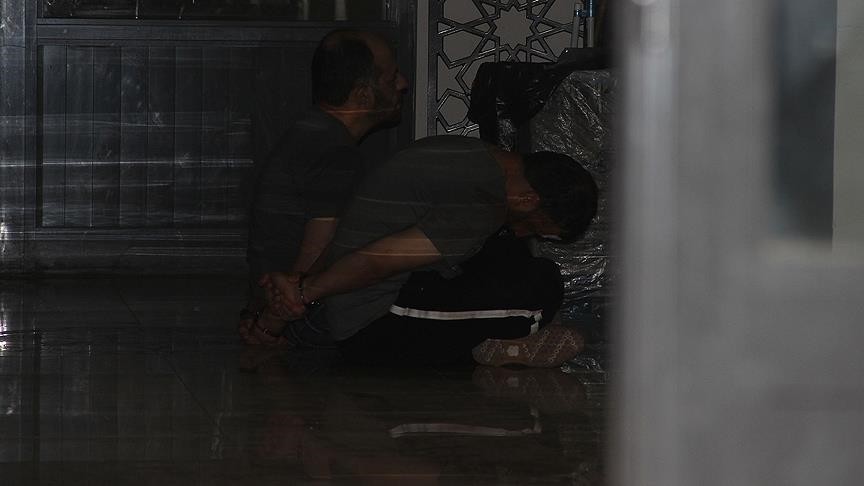 Police on Sunday night detained two fugitive Gülenist coup soldiers who played a major role in the raid of the Turkish Radio and Television Corporation (TRT) building and gave orders to open fire on civilians on the Bosporus Bridge on the night of the July 15 coup attempt by the Gülenist Terror Group (FETÖ).

Col. Nebi Gazneli and Müslüm Kaya were detained in the Selçuklu district of Konya province,along with Gazneli's brother Ömer Gazneli, who helped hide the fugitive soldiers after the failed coup attempt.

The soldiers were the main ones behind the raiding of the TRT building and gave orders to shoot at civilians on the Bosporus Bridge on the night of the coup attempt.

They reportedly came to Konya on Aug. 6 and stayed in an apartment Ömer Gazneli rented with fake identification, and did not go outside since then.

Police reportedly also found fake IDs and passports in the house where the fugitive soldiers were.

The fake documents were apparently to be used to go to Istanbul and then flee to Egypt.

A group of rogue soldiers affiliated with the FETÖ attempted a coup on July 15 to bring down the democratically elected government.

They blocked access to the Bosporus Bridge – now renamed the "July 15 Martyrs' Bridge" – where they brutally killed many civilians who went there to protest the coup attempt.