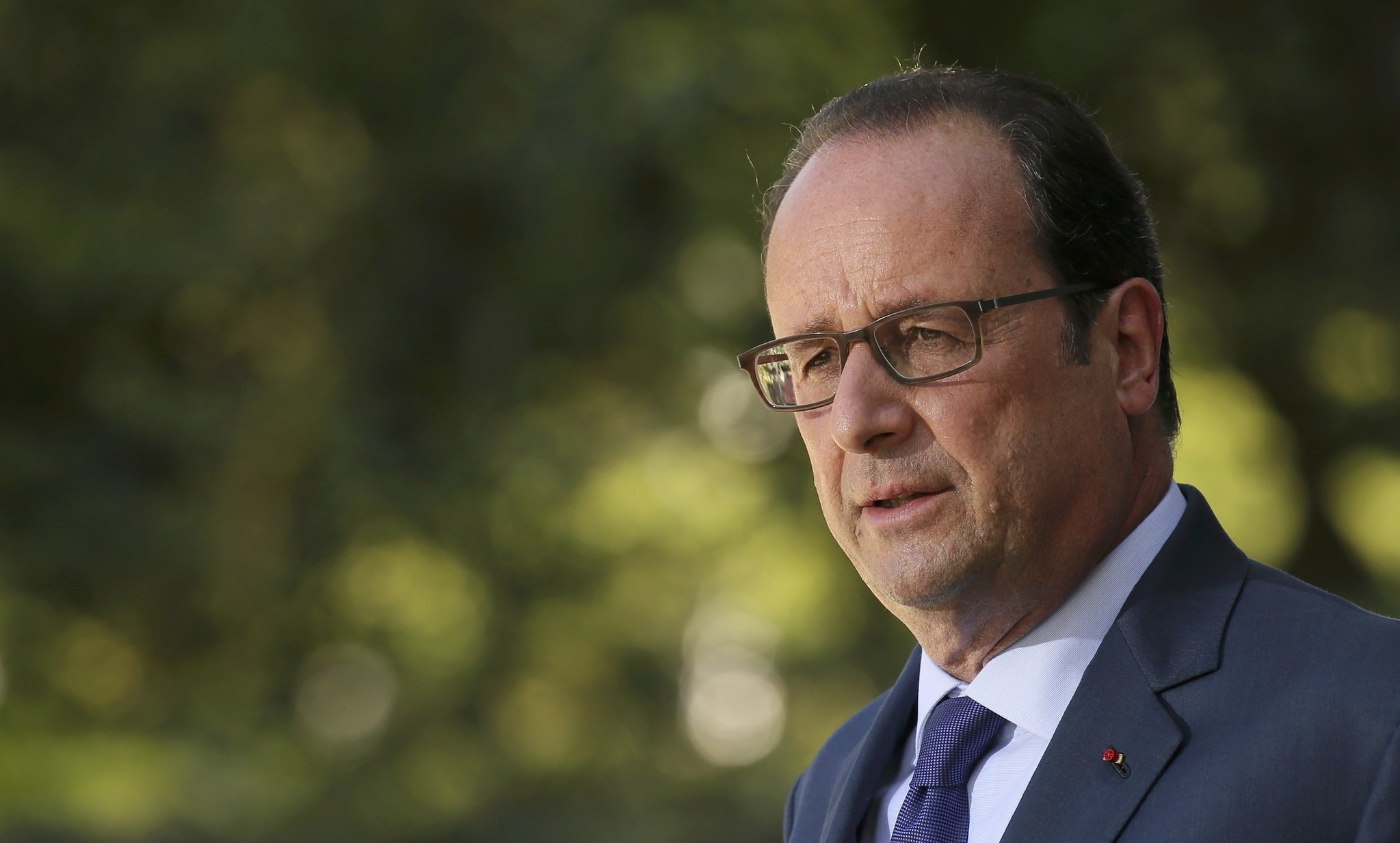 "Turkey itself wanted to enter Syrian territory to fight Daesh and we can understand this attitude concerning the terrorist crimes committed by Daesh in Turkey," said Hollande, likely referring to last weekend's bomb attack on a wedding that killed 54 people and has been blamed on Daesh, as well as other attacks in recent months.

"But at the same time we must ensure that this action demonstrates a common desire to move toward negotiations" over Syria, Hollande told reporters following a meeting of European Social Democrats near Paris.

He stressed the situation on the ground was "extremely serious" with "a humanitarian disaster" and UN "evidence of crimes," referring to a new UN report that says the Syrian government and Daesh carried out chemical attacks in 2014 and 2015.

"It is a responsibility that weighs on Russia. It should understand that there must be now the earliest possible resumption of negotiations," he insisted.

Turkey's Operation Euphrates Shield in Syria was launched early Wednesday, when artillery and airstrikes were followed by Turkish tanks crossing the border to target Daesh in support of the Free Syrian Army fighters.

The operation is in line with the country's right to self-defense borne out of international treaties and a mandate given to Turkey's armed forces by the Turkish parliament in 2014, which was extended for another year in September 2015.

Since January, rocket attacks on the Turkish province of Kilis from Daesh-held territory in Syria have killed at least 21 people, while terrorist attacks in Gaziantep blamed on Daesh include Saturday's suicide bombing of a wedding that killed 54 and a car bomb attack in May that martyred two police officers.