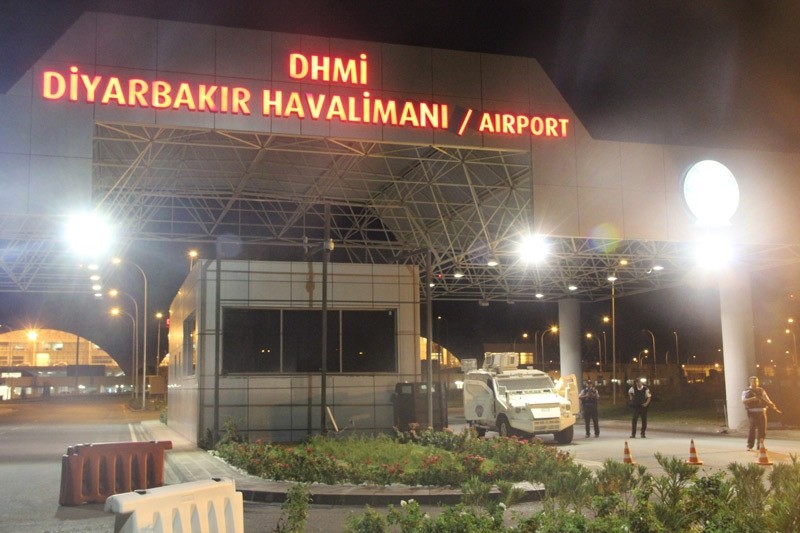 Security sources reported that no one was hurt after PKK terrorists launched a rocket-propelled grenade attack late Saturday on an airport in the southeastern province of Diyarbakır.

Speaking on condition of anonymity due to restrictions on speaking to the media, the sources said the attack in the Bağlar district caused minor damage to the airport complex but did not harm anyone who was in the vicinity of the attack.

Flights resumed after a brief delay as police conducted an investigation. A manhunt is now underway to find the perpetrators. In late December 2015, a Kurdish militant group linked to the PKK terrorist organization claimed responsibility for an attack at Istanbul's Sabiha Gökçen Airport that killed one aircraft maintenance worker and injured another. A statement was made by the Kurdistan Freedom Hawks (TAK) claiming responsibility for the mortar attack at the small domestic airport that damaged five aircraft.

The TAK has claimed responsibility for other previous terrorist attacks in Turkey as well, including the 2012 assault on the Turkish military in a coastal resort town that left two soldiers dead and wounded 12 other people. The PKK attacked Selahaddin Eyyubi Airport in the district of Yüksekova in Hakkari province in October of last year, firing automatic rifles at the airport's terminal building. The terrorists fled the scene when airport police responded to the attack.