PKK killing Kurds under the guise of protecting their rights 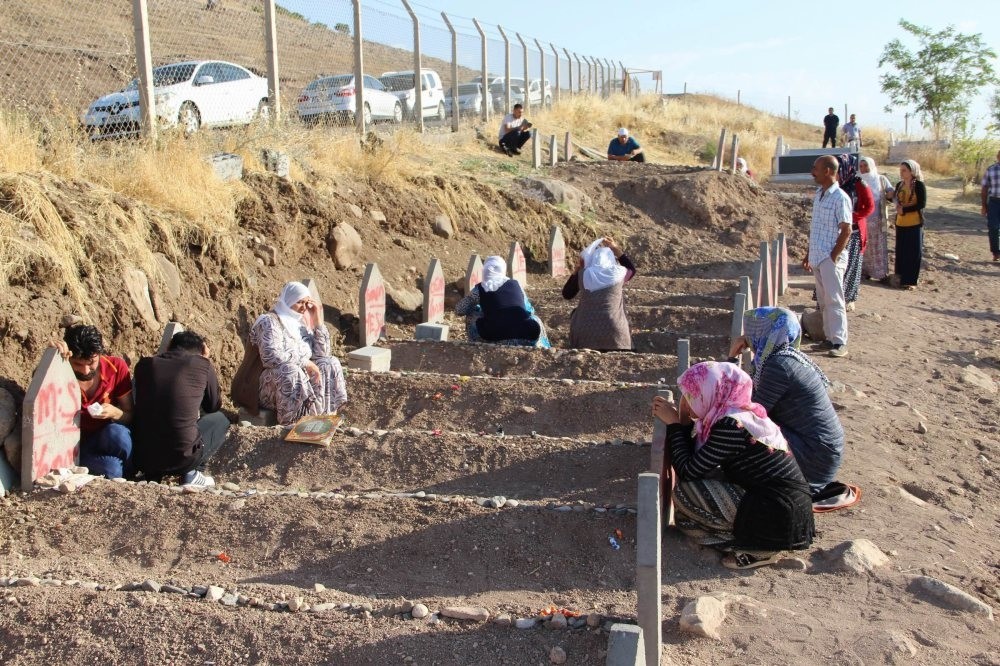 The PKK carries out bloody attacks under the pretext of defending Kurdish rights, killing scores of civilians, most of them Kurdish, in its attacks. In the last year, 30 children have been killed in PKK attacks while pro-PKK politicians aid and abet its criminal behavior by openly supporting the terror group

Senior PKK leader Cemil Bayık, in an interview with the Fırat News Agency (ANF) on Aug. 8, said, "Our war will not be confined to the mountains like it was before. It will be spread everywhere without making a distinction between mountains, plains or cities. It will spread to the metropolises." Terrorist Bayık's statement signaled that the PKK would take increasing aim against civilians, targeting civilian areas more than ever. And it is happening. Since July 15, the day when the Gülenist terror cult, FETÖ, launched its failed military coup attempt to topple the democratically-elected government, the PKK perpetrated dozens of terrorist attacks, killing 21 civilians and injuring 319 others - most of them Kurdish citizens.

Even more striking than these statistics, 30 children and infants have been killed in PKK attacks since August of last year.The PKK's campaign - killing civilians in the name of freedom for Kurdish citizens in Turkey - is not a new one. The terrorist organization is responsible for roughly 7,000 civilian deaths since it was founded. The majority of these victims were Kurdish citizens of Turkey who were killed for supporting the Turkish government at a time when attacks were intensifying in the predominantly Kurdish cities in eastern and southeastern Turkey where the PKK struggled to garner support. Despite claims by senior PKK members who say that they do not target civilians, the terrorist organization indiscriminately targets city squares, hospitals, bus stops and other public gathering places.

"There is no reason for the PKK to stop targeting civilians. This is what they want actually, to wage a war in these cities and force the Turkish government's hand regarding human rights' violations during counterterror operations inside of these cities," Ayhan Küçük, director of the International Center for Watching the Violation of Rights (UHİM), told Daily Sabah.

In Turkey, on the other hand, some Kurdish politicians actively placate to the murdering of civilians; namely, deputies of the Peoples' Democratic Party (HDP), who label themselves as the sole representatives of the Kurdish people, making themselves a widely criticized topic among the general public. Pro-PKK deputies in the HDP find it unnecessary to hide their links to suicide bombers who brought such attacks inside city limits in recent months. On Feb. 17, HDP Van Deputy Tuba Hezer attended the funeral of a terrorist who perpetrated the Ankara car bombing which left 38 people dead, most of them civilians, including children. The public was outraged, voicing their public outcry against the party and forcing HDP spokesperson Ayhan Bilgen to make an announcement in which he voiced his support for Hezer's decision, saying, "The HDP shares the pain of every family regardless of the identity of the deceased."

"There is two types of Kurdish victims for the HDP; those who are useful and those who are not," a journalist of Kurdish origin, İlhami Işık, told Daily Sabah, mentioning the HDP's silence in the wake of PKK attacks that threaten the lives of innocent civilians. "On the other hand, when DAESH target civilians, you will see HDP deputies in the forefront, trying to take political advantage of the attack by blaming the government," he went on. He defines the party's position as ideological obsession, stating that the drastic fall in party votes between the June and November 2015 snap elections is due to the party's selective attitude in claiming Kurdish rights.

Meanwhile, Vahap Coşkun, an academic of the Law Department of Dicle University who studies human rights and the Kurdish issue, is one of the experts who think the critical statements against the PKK have become more frequent compared to the past, even among HDP deputies who are often labeled pro-PKK. "The HDP finally understood the discontent felt by the Kurdish people against the PKK's violent actions. Most Kurds, including HDP voters, are not supportive of digressing from democratic methods to acts of terrorism despite getting a chance to be represented in the Turkish Parliament. They know it does not serve their best interests; on the contrary, it makes the situation worsen every day," he said.

On July 22, 2015 the PKK broke its cease-fire agreement with Ankara, which had been in force for roughly two years, when PKK members killed two police officers inside their homes. Since then, over 600 security personnel and many civilians, many of them children, have been killed in PKK attacks.
RELATED TOPICS