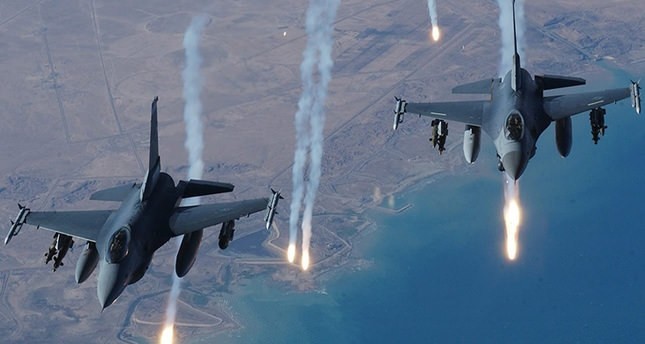 seven PKK targets were struck by Turkish fighter jets in the Çukurca district of Hakkari province in two separate attacks. The first attack was conducted between 8.42 p.m. and 9.07 p.m local time (1742-1807GMT) Sunday while the second one came in the late afternoon, said the sources.

Six terrorist positions were bombed in the Mount Tendürek region between the eastern Ağrı and Van provinces between 00.08 a.m. and 00.27 a.m local time (2108-2127GMT), the sources added.

Along with Yeni, a number of other terrorists were killed, the sources said without specifying the number of casualties during the operation which started four days ago.

Turkish security forces continue the air-backed operation, which began after intelligence that around a 40 or 50-strong terrorist group was present in the Mount Tendürek region.

The operation is still ongoing.

The PKK -- listed as a terrorist organization by Turkey, the U.S. and EU -- resumed its decades-old armed campaign in July last year.

Since then, more than 600 security personnel more than 7,000 PKK terrorists have been killed.