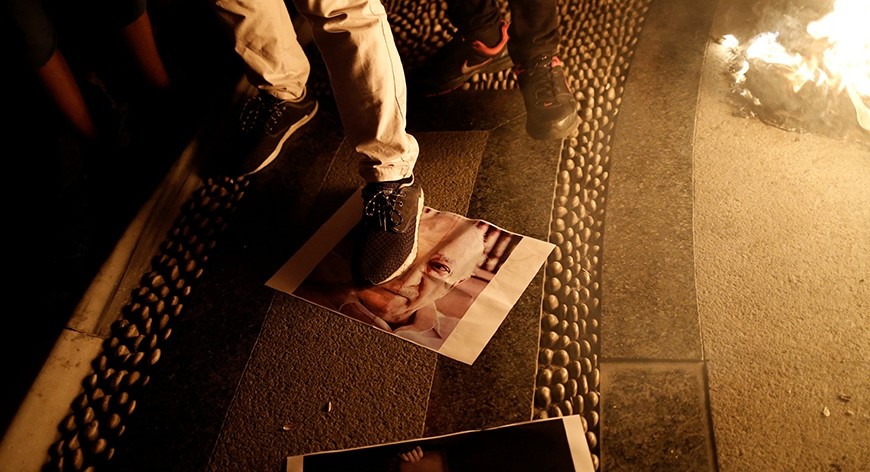 In remarks made during his meeting with Anadolu Agency' in Ankara, Çelik said Turkey was dealing with a coalition of terrorist groups in its southeast region.

"The PKK and FETÖ are making efforts together to create insecurity in southeast Turkey. But neither our people nor our security forces will give them a chance. We will save the region from this environment, which the local community is tired of," he said.

He also said the FETÖ, PKK, PYD, and Daesh were all terrorist groups.

"FETÖ, PKK, PYD, Daesh... You are the same. All of you serve the same purposes. You have scores to settle in Turkey. You are being used as a tool by the ones who have such ambitions in Turkey," he added.

Çelik also said 733 people had been dismissed from his Food, Agriculture and Livestock Ministry, while 458 other personnel were suspended as part of an ongoing probe into FETÖ following the July 15 coup attempt.

At least 240 people were martyred in the coup attempt, which the government has said was organized by followers of Fetullah Gülen, the head of FETÖ.

Gülen is accused of leading a long-running campaign to overthrow the Turkish government through the infiltration of state institutions, particularly the military, police, and judiciary, forming what is commonly known as the parallel state.

Since then, more than 600 security personnel, including troops, police officers, and village guards, have been martyred, and more than 7,700 PKK terrorists neutralized in operations across Turkey and northern Iraq.