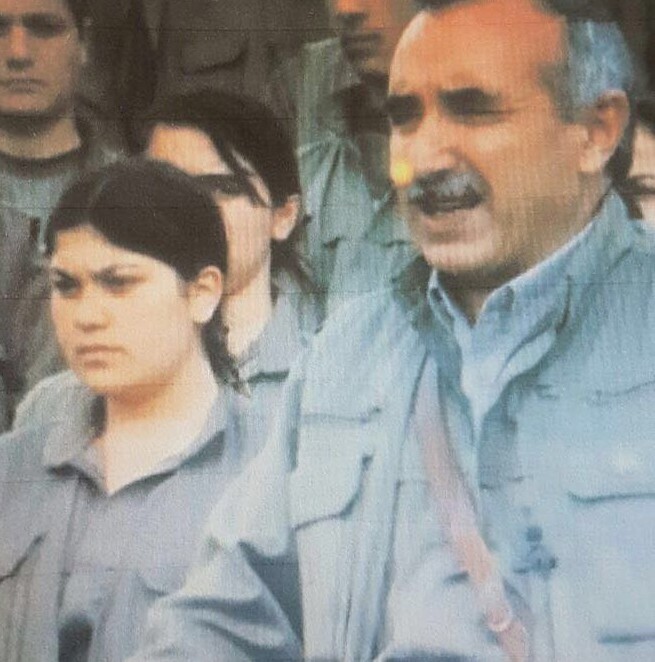 Ebru Fu0131rat seen standing next to Murat Karayu0131lan, who is one of the PKK terrorist organizationu2019s co-founders and has been acting leader since its original founder and leader, Abdullah u00d6calan, was captured in 1999 | File Photo
by Daily Sabah with AA Sep 08, 2016 12:00 am

A female PKK terrorist has been captured following an operation at Istanbul's Atatürk Airport on Thursday.

The woman, identified as Ebru Fırat, was caught after a tipoff was given to the intelligence units of Istanbul Police Department.

Fırat, known within the terrorist group by the codename "Amara" and suspected to have arrived in Istanbul for an attack, was brought to police headquarters for questioning.

Photographs of Fırat showing her with Murat Karayılan, the leader of the PKK, in a rural area, probably the Qandil Mountains, which is used by the terrorist group as its headquarters, had previously circulated in Turkish media outlets.