President Erdoğan to governors: Be just but vigilant with FETÖ 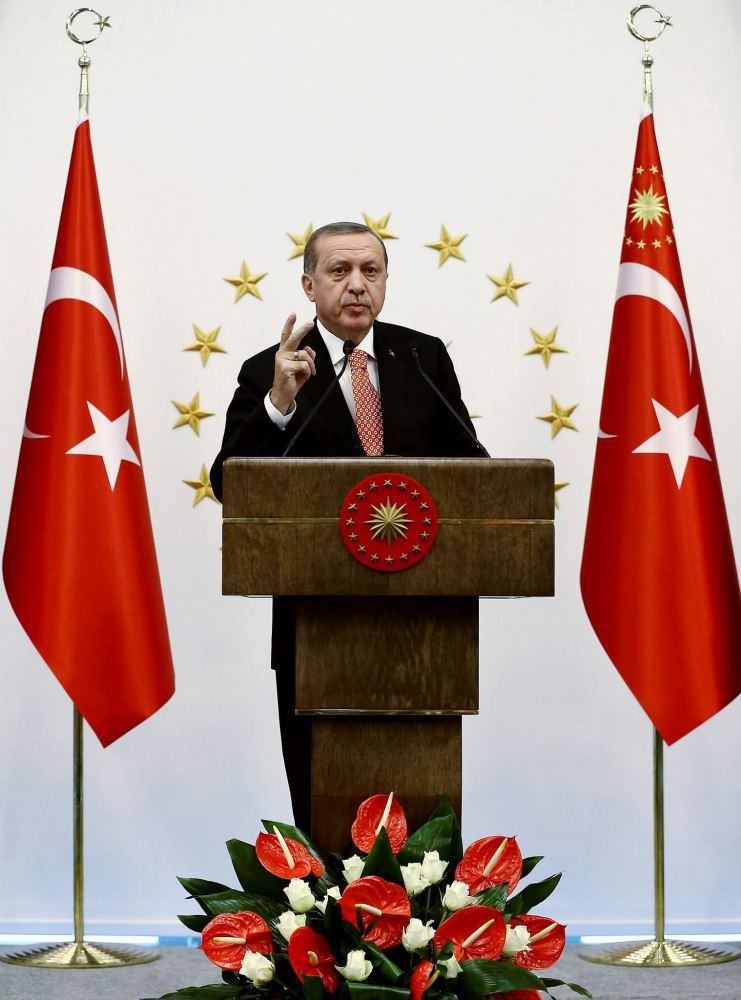 President Erdoğan called on the provincial governors to be diligent and just during the investigations launched into clearing FETÖ members from state institutions.

President Recep Tayyip Erdoğan urged provincial governors to be just but vigilant with members of the Gülenist Terror Group (FETÖ) during the investigations launched into clearing members of the group from government institutions.

Speaking to provincial governors in Ankara at the Presidential Palace, Erdoğan said: "I don't want you to be in competition in suspending civil workers. I want you to be just.

"Do not forget that you will be guilty if you allow a member of FETÖ to remain in their job." The president said that if the state authorities do not act decisively, the terror groups will have opportunities to make moves against the state.

Erdoğan underscored that part of the fight against terror groups, including the PKK and FETÖ, is to eliminate members of terror groups from government institutions.

He highlighted once again that there is no good or bad terrorist and that Turkey will fight all terrorist organizations with the same determination.

"We have taken some speedy steps [against FETÖ] during the state of emergency. The same process has been started against supporters of the PKK terror organization who work in the public institutions. My request from you is to work carefully and in a determined manner," the president said.

Erdoğan also called on the governors to be available to every citizen at all times.