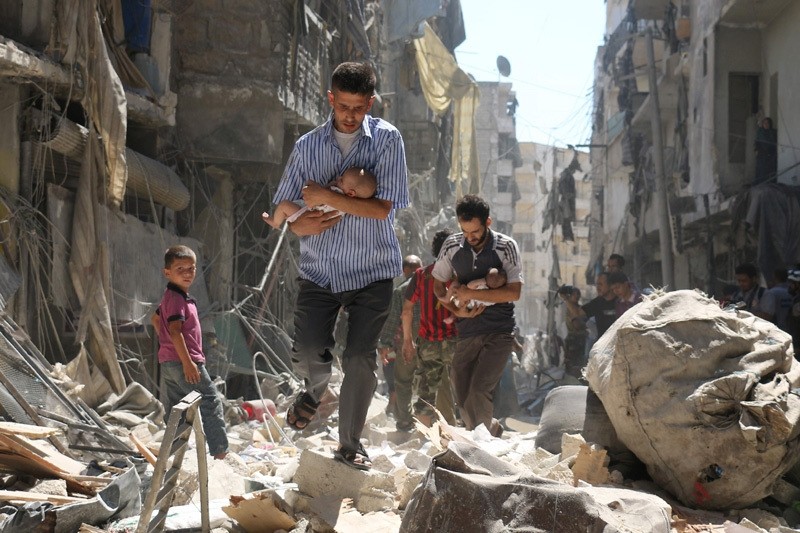 Syrian men carrying babies make their way through the rubble of destroyed buildings following a reported airstrike on the opposition-held Salihin neighbourhood of the northern city of Aleppo, on September 11, 2016. | AFP Photo
by Anadolu Agency Sep 11, 2016 12:00 am

At least ten civilians, mostly children, were killed in a Russian airstrike Sunday in war-battered Aleppo city in northern Syria.

He said ten people, including seven children, were killed in the attack.

Sunday's attack comes hours before a truce deal announced by the United States and Russia is expected to come into effect on Monday.

On Saturday, at least 52 people were killed and scores injured in regime airstrikes on opposition-held neighborhoods in Aleppo and the western Idlib province.